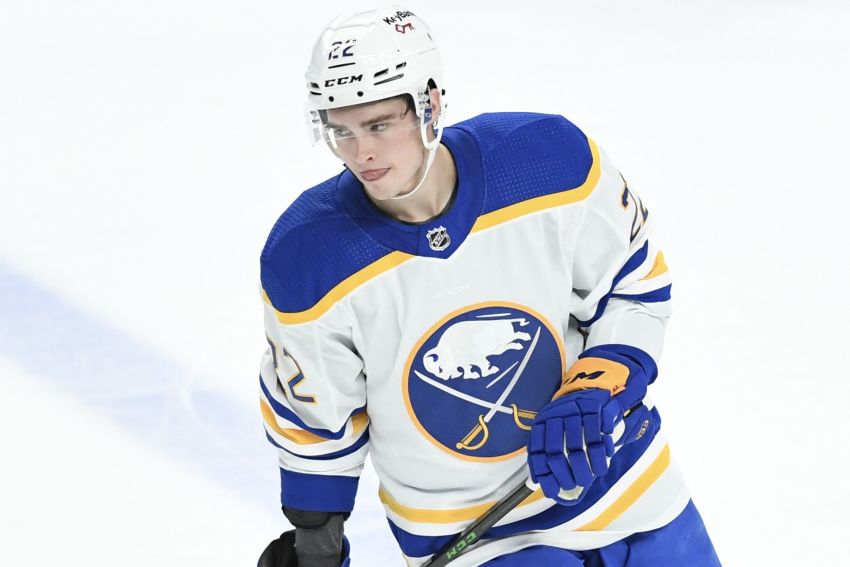 “There was more detail in his game, more awareness in his game from a defensive standpoint than there was maybe in game one,” Sabres coach Don Granato said on a Zoom call following the game. “And he played with another level of maturity that he didn’t (earlier).”

In Rochester, Quinn, 20, and Murray, 23, will likely play on the first or second line.

In other news, rookie winger J-J Peterka did not practice today inside KeyBank Center because of a lower-body injury Granato characterized as “basically a bruise.”

Granato said Dahlin and Olofsson likely won’t practice Friday because he doesn’t want them to aggravate anything in a high-tempo session.

The Sabres this afternoon assigned goalie Aaron Dell and defenseman Jimmy Schuldt to the Amerks after they cleared waivers.

Unless the Sabres claim a goalie on waivers or make a trade, Dell’s demotion means Dustin Tokarski will begin the season as Craig Anderson’s backup.

Early in camp, Granato said if the season started tomorrow, Anderson and Dell “would be one and two.”

“He’s ultra competitive,” Granato said. “Getting to know him last year, I had a hunch he would build on last year and taking that experience and finding another level, and I think he’s done all of that. And so he’s earned the right to be here.

“Everything matters to him. He competes every moment. So I’m happy for him. He’s done a nice job.”