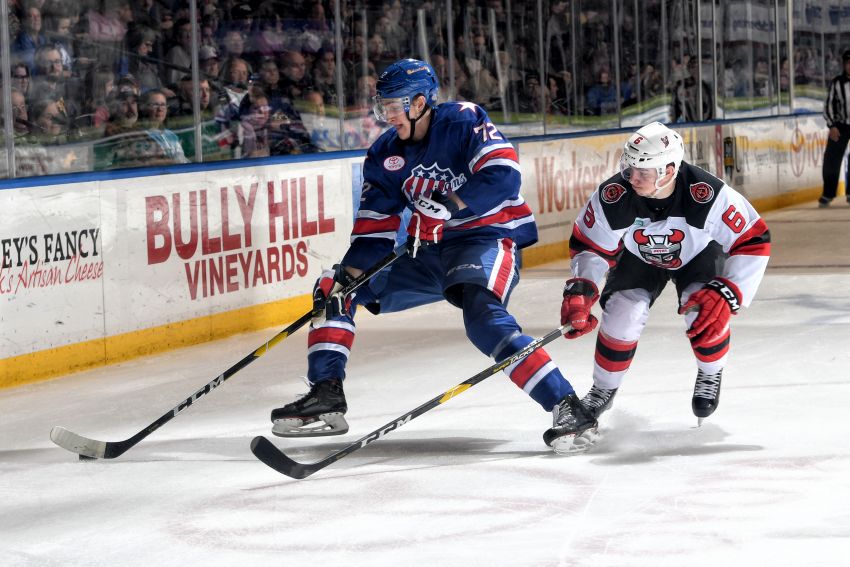 BUFFALO – The Sabres waived four players today and sent three others – most notably winger Tage Thompson – to the AHL, moves that give them 21 healthy players.

The players waived – forwards Remi Elie, Curtis Lazar and Scott Wilson and defenseman Casey Nelson – all have at least 93 games of NHL experience.

In addition to Thompson, they assigned center Rasmus Asplund and defenseman Lawrence Pilut to the Rochester Americans. Pilut is still recovering from offseason shoulder surgery.

For now, defenseman John Gilmour, the biggest surprise of training camp, has earned a spot with the Sabres.

The Sabres must finalize their 23-man regular-season roster by 5 p.m. Tuesday.