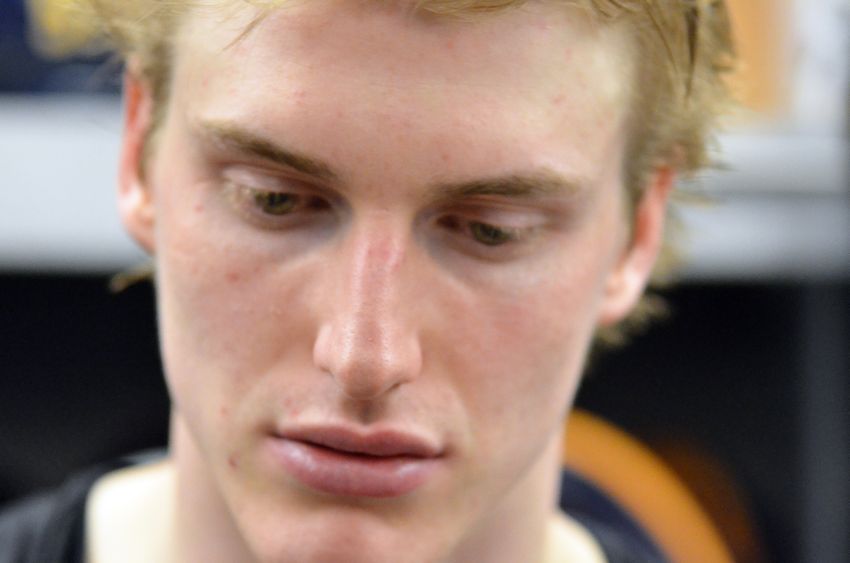 BUFFALO – Interim Sabres coach Ted Nolan said defenseman Tyler Myers is day-to-day and “a lot better than we thought” after a lower-body injury forced him out of Monday’s 3-2 loss to Edmonton.

Myers could play tonight against the Pittsburgh Penguins inside the First Niagara Center.

Naturally, Nolan, who said Myers “was moving around real good” Tuesday, is relieved

“Some guys get banged up,” he said. “But he looked like he was hurt (Monday) night.”

Meanwhile, Mike Weber is a “little bit beat up” and missed Tuesday’s practice. The defenseman “should be ready to go,” Nolan said, although he’s also day-to-day.

Why scratch Ruhwedel, who appeared to be playing well?

Nolan said the 23-year-old, who never played more than 41 games in college, could endure a stretch of 36 contests in 70 days.

“That’s a lot,” Nolan said. “So you almost have to manage it properly so you don’t put kids in a position where they don’t get hurt.”

Ruhwedel will likely be summoned from the AHL when NHL play resumes.

Nolan said he and general manager Tim Murray decided to switch rookie Zemgus Girgensons from the wing back to center, his natural position. Nolan moved Girgensons to the middle briefly in November.

Rochester forward Luke Adam, who has 19 goals and 32 points in 29 games, has been added to the AHL All-Star team.