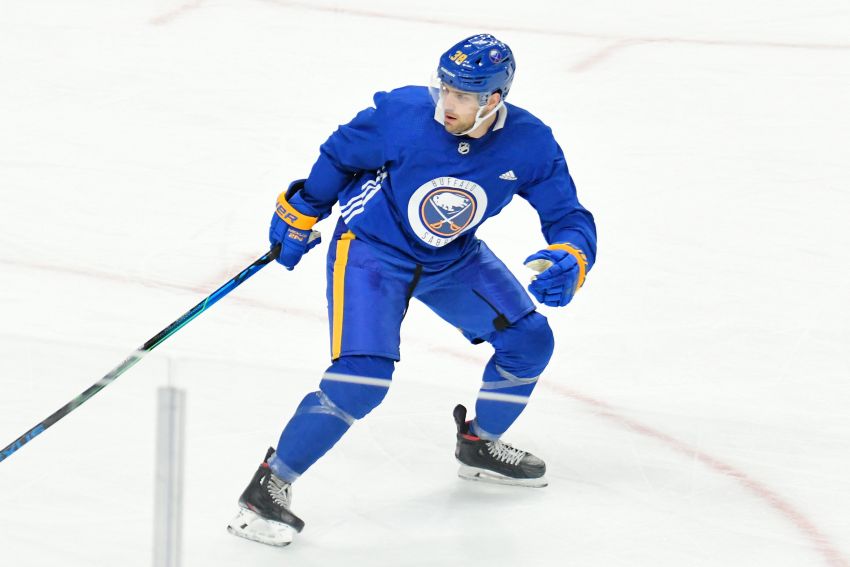 When the Sabres promoted forward Riley Sheahan earlier this week after Zemgus Girgensons suffered a season-ending hamstring injury, it appeared the veteran would be sticking around Buffalo.

Sure enough, on Friday, the Sabres signed Sheahan, who came to training camp on a professional tryout, to a one-year contract worth $700,000.

Sabres coach Ralph Krueger said “the specialist that he is” helped Sheahan earn a deal.

“(He’s) strong on faceoffs, (an) excellent penalty killer, does things right,” Krueger said on a Zoom call Friday. “He’s a pro off the ice, on the ice. … He plays the game the right way, he stays above the puck defensively, he’s somebody we could inject anywhere for stability and to top it off he’s an excellent character.

“All of the reports pre-information that float our way has been confirmed by just the way he’s been in the first week. Lots of good reasons and we’re pleased to have Riley as a Sabre.”

Sheahan, 29, practiced at right wing Friday beside center Curtis Lazar and Jeff Skinner, according to reports from KeyBank Center.

The Sabres are Sheahan’s fifth team since the 2017-18 season. After leaving Detroit, he played for the Pittsburgh Penguins, Florida Panthers and Edmonton Oilers.