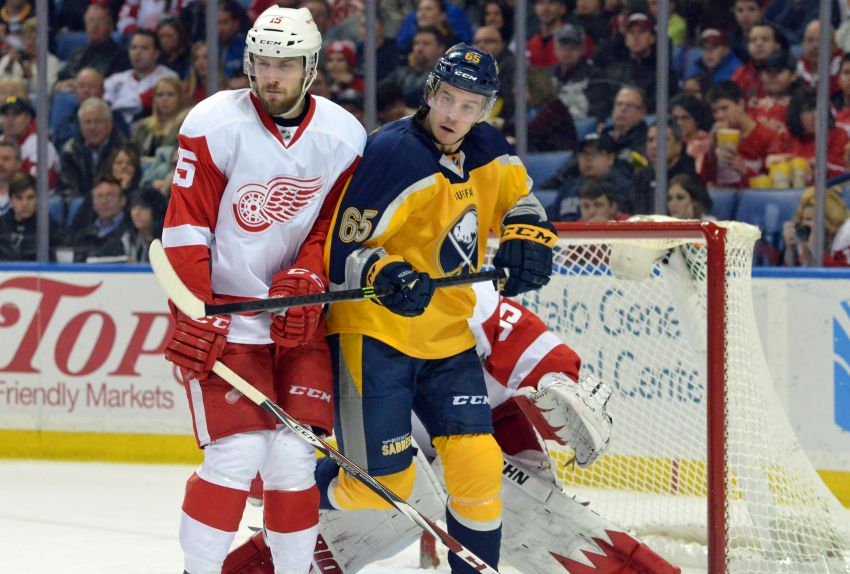 Veteran center Riley Sheahan will be joining the Buffalo Sabres for training camp on a professional tryout contract, the team announced today.

Sheahan, 29, spent last season with the Edmonton Oilers, compiling eight goals, 15 points and a minus-14 rating in 66 games.

The Notre Dame product offers the Sabres depth down the middle and another penalty killer. The Sabres’ penalty killing ranked 30th last season.

“He’s a veteran … he has very good faceoff and penalty-kill numbers,” Sabres general manager Kevyn Adams said on a Zoom call this morning. “I think last year he led Edmonton in short-handed ice time, and they were top-10 penalty-kill team in the league.

“So he’s a player that’s proven. He’s still a player that’s in the prime of his career, so it’s not like I’m like I’m worried in that sense with the time off. So I just thought it was important to add a little bit to our training camp in terms of depth.”

NHL teams can utilize a four- to-six man taxi squad this season, so Sheahan could be a candidate for that.

“With the taxi squad situation, it’s a different type of roster makeup than maybe just going on a traditional year,” Adams said. “So we’re looking at all scenarios and where we think we can potentially use the depth.”

Sheahan, the 21st overall pick by the Red Wings in 2010, has bounced around since since leaving Detroit in 2017-18, playing for the Pittsburgh Penguins and Florida Panthers before joining Edmonton last season.

The Sabres now have 38 players on their camp roster. While Adams wouldn’t rule out making changes, that is likely the group the Sabres will have during camp.

“Right now, what you see heading into training camp is close to where we’ll be as we go on,” Adams said.