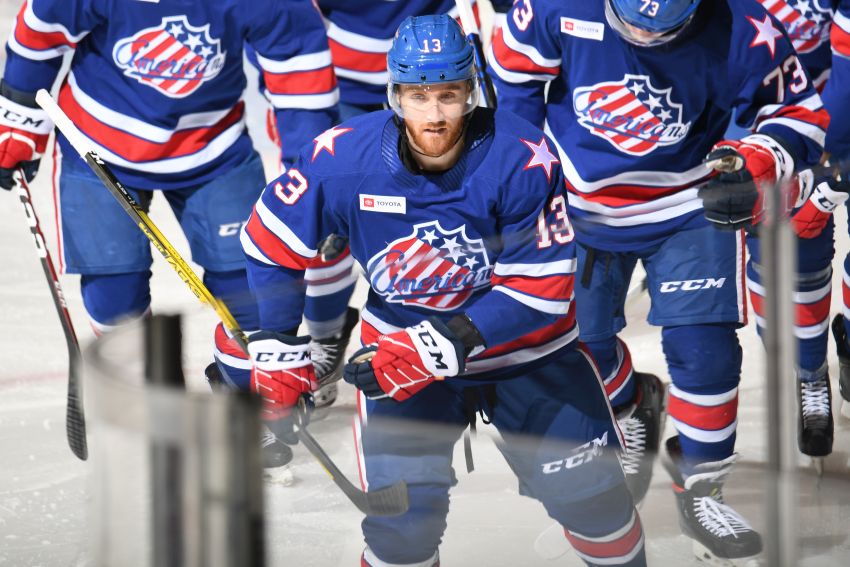 Scott Wilson has spent most of the season in Rochester. ©2020, Micheline Veluvolu

BUFFALO – The Sabres recalled winger Scott Wilson from the Rochester Americans this afternoon and sent forward Jean-Sebastien Dea back to the AHL club.

Dea, 25, went pointless in two appearances during his recall.

Wilson, 27, has spent most of the season with the Amerks, scoring nine goals and 18 points in 27 games. He recorded three goals and four points in five contests after the Sabres sent him Rochester following a two-game recall last month.

Dea has scored 13 goals and 30 points, both team highs, in 41 appearances with the Amerks this season.