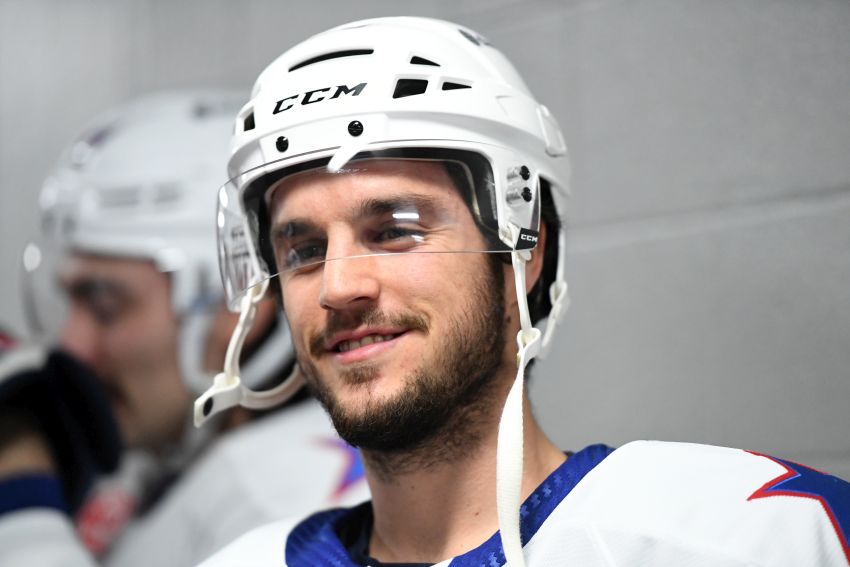 BUFFALO – Sooner or later, it felt like Jean-Sebastien Dea would receive his first recall to the Sabres.

The Sabres, having lost seven forwards this month, sorely need help. Meanwhile, recalls and the Rochester Americans’ own run of injuries whittled away their depth up front.

By last week, the AHL affiliate only had two or three healthy forwards with NHL contracts.

On Monday, the Sabres summoned Dea, who said he will play tonight against the Calgary Flames at KeyBank Center.

But make no mistake, the 5-foot-11, 168-pound Dea, 25, earned this trip to the NHL. He has scored two goals and five points in his last six AHL outings. Overall, he has compiled seven goals and 13 points in 18 games this season.

When the Sabres signed Dea to a two-year, one-way contract worth $1.4 million July 1, it seemed like he would play NHL games or even have an opportunity to crack the big club out of training camp.

“I don’t think I had the best camp, so I knew had to go back down there, find my game again and play well,” said Dea, who knows Sabres general manager Jason Botterill from their days in the Pittsburgh Penguins organization. “I think it’s been good the last couple weeks.”

The Sabres recalled three forwards this season – Rasmus Asplund, Curtis Lazar and Tage Thompson – before summoning Dea, who joked he’s “not going to toe-drag at the blue line.”

“I’ll probably keep it simple, use my speed, get on the forecheck, be annoying to play against, always be on the puck and stuff,” he said. “That’s my game.”

New Jersey claimed Dea on waivers in training camp before Pittsburgh reclaimed him in November. The Penguins then traded Dea to the Florida Panthers in February.

“I can breathe a little bit more,” he said of having a two-year contract.

The Sabres scratched Dea for Monday’s 5-2 road loss to the Tampa Bay Lightning.