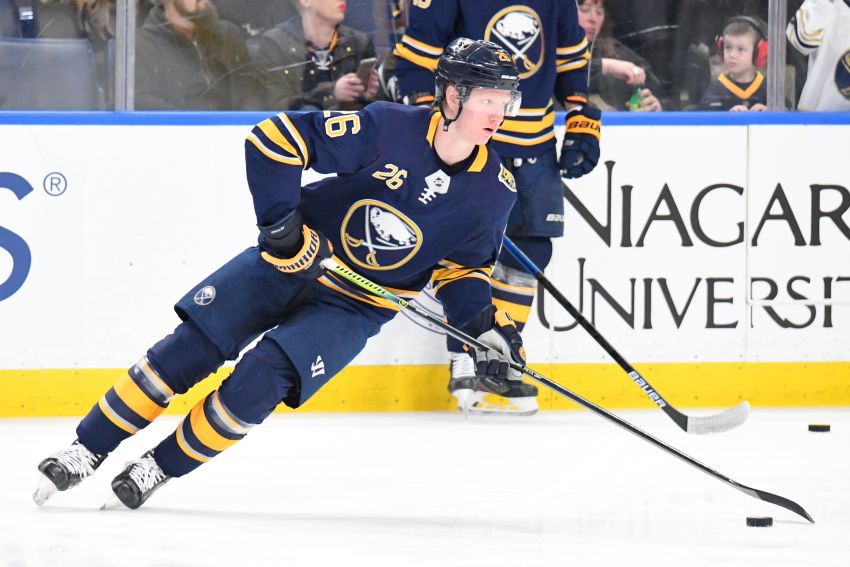 Krueger said the Sabres are being cautious to make sure Dahlin feels 100% when he returns. Officially, Dahlin is day-to-day.

“We did not feel that today,” he said.

In other injury news, center Johan Larsson, who also missed Tuesday’s contest with a lower-body injury, practiced today and could play Thursday.

Johansson, 24, played nearly half of Tuesday’s game, stopping 13 of the 14 shots he faced in relief of Carter Hutton in his NHL debut.

“There’s some excitement, for sure,” Johansson said of starting a game. “It would be awesome to play more up here.”