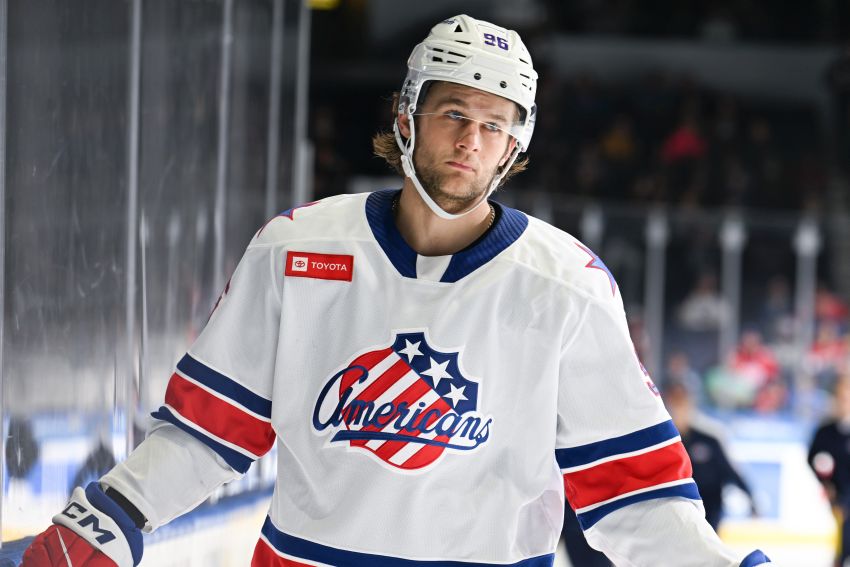 BUFFALO – The Sabres this morning recalled forwards Anders Bjork and Riley Sheahan, both of whom started the season in the NHL but did not play, from the Rochester Americans.

The Sabres, having lost captain Kyle Okposo (lower body) and rookie Jack Quinn (undisclosed) to injuries, had only 11 healthy forwards. They host the Vancouver Canucks tonight at KeyBank Center.

Bjork, 26, and Sheahan, 30, both cleared waivers earlier this season.

In his first stint in the AHL in three years, Bjork compiled three goals and six points in 11 games for the Amerks. Meanwhile, Sheahan registered three assists in six outings.