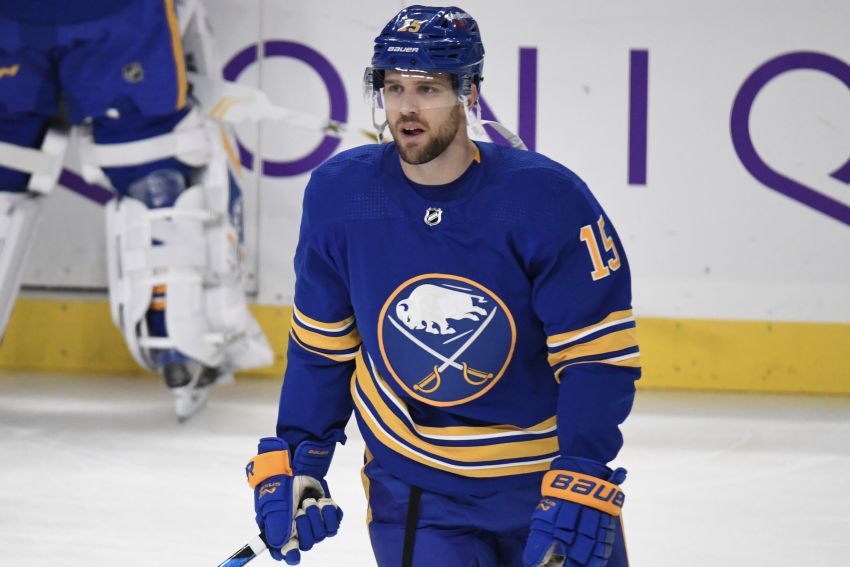 The Buffalo Sabres on Wednesday added forward depth, bringing back veteran Riley Sheahan on a one-year, two-way contract worth $950,000 in the NHL.

Sheahan, 30, played 53 games for the Sabres in 2020-21 after parlaying a training camp tryout into a one-year contract. He will likely compete for a spot on the Sabres’ fourth line during camp, perhaps at center.

The Notre Dame product often skated as a fourth-line winger during his first stint in Buffalo, compiling four goals and 13 points in the shortened season.

The 6-foot-2, 216-pound Sheahan spent most of last season with the expansion Seattle Kraken, registering four goals and 17 points in 69 outings. Sheahan also recorded one goal and two points in two outings for the Charlotte Checkers, his first stint in the AHL since 2013-14.

If the Sabres assign Sheahan to the Rochester Americans, he could provide veteran leadership to the organization’s prospects.

Sheahan has compiled 74 goals and 194 points in 635 career NHL games. The native of nearby St. Catharines, Ontario, has also played for the Detroit Red Wings, Pittsburgh Penguins, Florida Panthers and Edmonton Oilers.