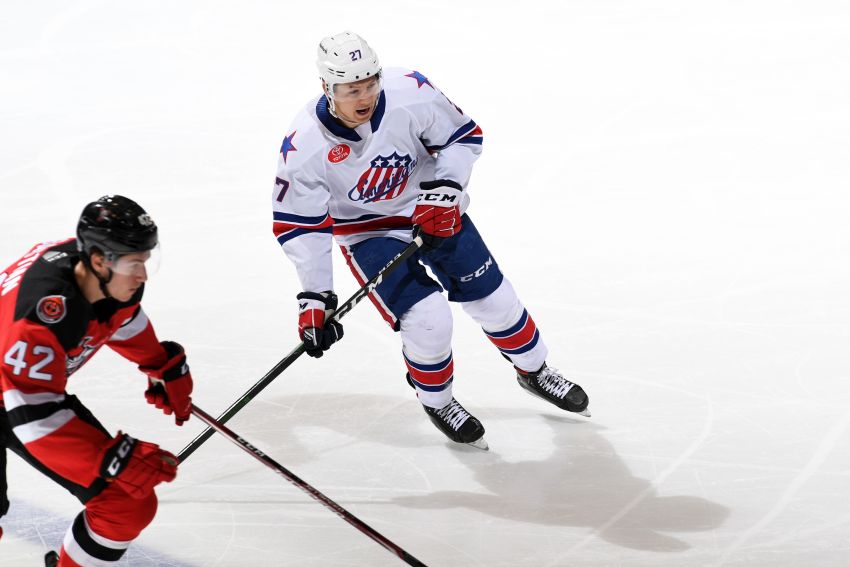 BUFFALO – The Sabres recalled forward Curtis Lazar from the Rochester Americans this afternoon for fourth time this season.

Lazar’s arrival could mean center Johan Larsson, out the last two games with an upper-body bruise, isn’t ready to play tonight against the Boston Bruins. Larsson skated this morning inside KeyBank Center.

It could also mean the Sabres want an extra forward. Lazar gives them 13 on the roster.

The Sabres, it should be noted, had six or seven players feeling ill before the three-day Christmas break, coach Ralph Krueger said. Defenseman Marco Scandella will miss tonight’s game because he’s ill.

Lazar has scored one goal in eight NHL games this season. He played center, his natural position, during his most recent recall.

The former first-round pick has compiled six goals and 14 points in 18 games with the Amerks.