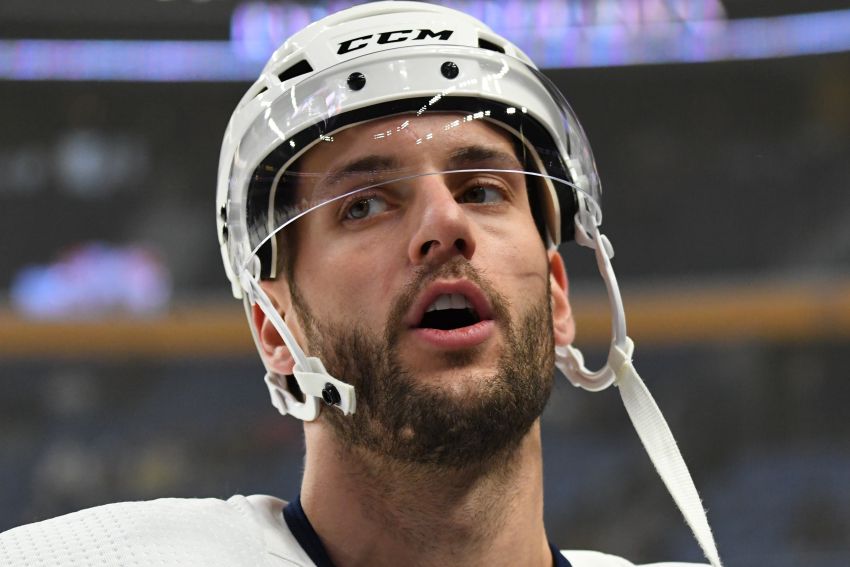 BUFFALO – Fresh off a three-day Christmas break, the Sabres will change their lineup tonight against the Boston Bruins.

Something has been spreading through the locker room. Krueger said Scandella called Thursday night and he he was sick.

“Hopefully he’s the last one,” Krueger said this morning inside KeyBank Center. “It kind was kind of going through. There were six, seven guys that felt something before the break, but they all look good today.”

Winger Kyle Okposo, who will likely play tonight, missed Monday’s 3-1 road loss to the Ottawa Senators because he was sick.

Meanwhile, Okposo’s center, Johan Larsson, skated with his teammates this morning after an upper-body bruise sidelined him the last two games.

Krueger said a final call on Larsson will be made tonight. The Sabres plan to dress an extra skater for warm-ups.

Update: The Sabres recalled forward Curtis Lazar from the Rochester Americans this afternoon.

With Scandella out, defenseman Colin Miller, a healthy scratch 11 of the last 21 games will play against the Bruins, his former team.

After dressing seven defensemen Monday, the Sabres will likely use six tonight. Zach Bogosian could be scratched for the fifth time in seven games.

Goalie Linus Ullmark will start for the Sabres tonight, his 23rd nod this season. Former Sabre Jaroslav Halak will go for the Bruins.

Three-day breaks, of course, are rare during the marathon NHL season. Teams can’t practice, so Krueger hadn’t seen his team since Monday.

“Both teams are going to be attempting to play within their framework,” Krueger said. “I think the one that is better at doing that is going to come out here victorious. Boston, obviously, has got their framework nailed down. This is one of the premier teams in the league and we understand the challenge.

“I would say you get a bit of an edge at home. Of course, you don’t have that same travel that they would’ve had last night and this morning. We need to try to use that to our advantage. But it’s a challenge for both teams and all the teams doing this today, so I think it’s always interesting to have abnormal situations. We’re trying to look this one right in the eyes.”