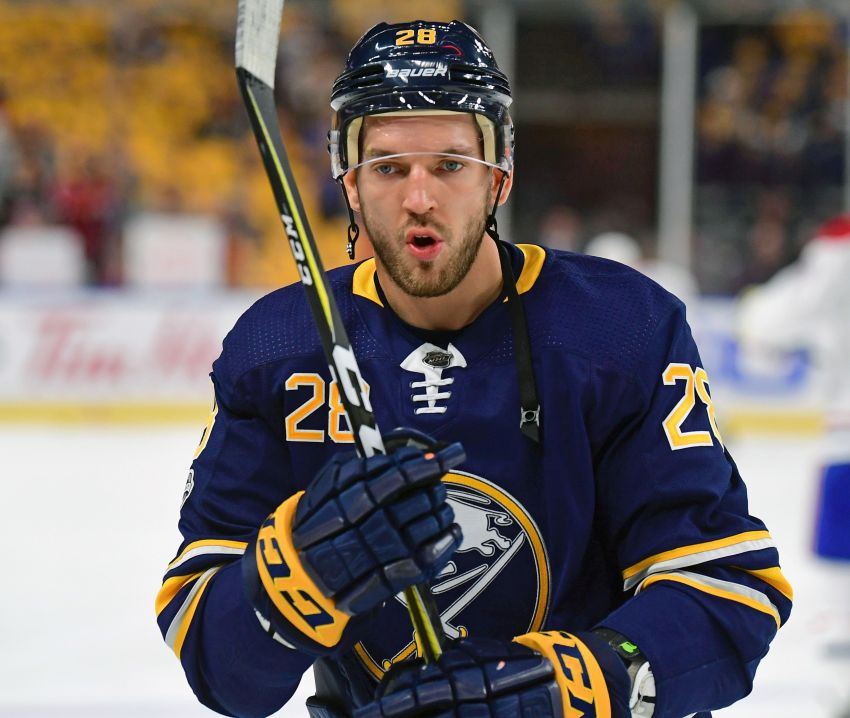 BUFFALO – The Sabres have re-signed forward Zemgus Girgensons to a one-year, $1.6 million contract, the team announced this afternoon.

The Latvian, 25, was a restricted free agent.

Girgensons, a veteran of 420 NHL games, is one of three Sabres left from the 2013-14 squad that finished dead last in the NHL. Forward Johan Larsson and defenseman Rasmus Ristolainen are the others.

Only Ristolainen (424 games) has made more appearances over that stretch.

Overall, he has scored 49 goals and 119 points in his NHL career.

Girgensons showcased some scoring prowess early in his career – he registered 15 goals in 2014-15, the same season he was voted into the NHL All-Star Game – before settling into a checking role as a third- or fourth-liner and a penalty-killer.

The upcoming season will be Paetsch’s 17th as a pro and seventh with the Amerks.

Paetsch, who played 167 NHL games, has served as a mentor since returning to Rochester two years ago.

The Sabres drafted Cornel, 23, in the second round in 2014, 44th overall. They didn’t give him a qualifying offer last month after his entry level contract expired.

Cornel has been an Amerks regular three years, including last season, when he was the team’s only player to appear in all 76 regular-season games.

The Amerks, however, scratched him twice during their three-game playoff series.

Burton, 28, has spent the last five seasons in the Pittsburgh organization, so Amerks general manager Randy Sexton and Sabres GM Jason Botterill, who came from the Penguins, know him well.