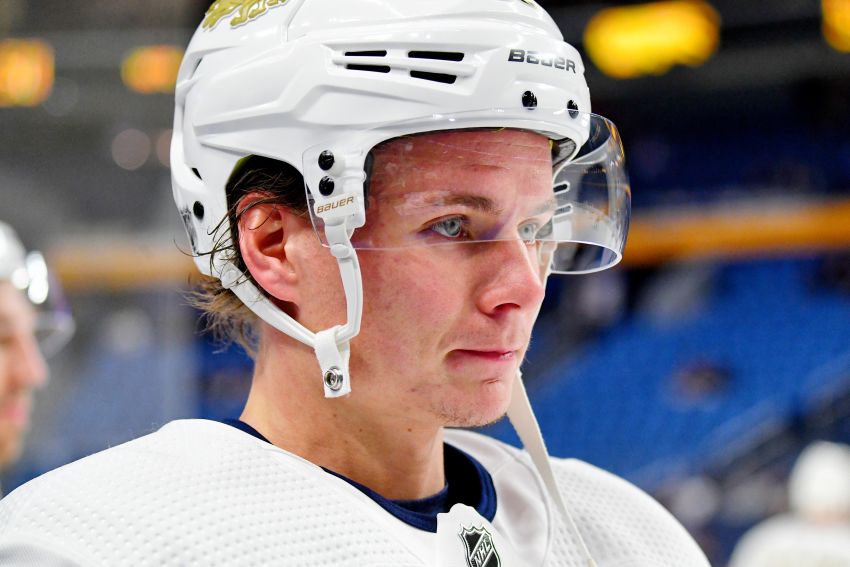 The Buffalo Sabres have avoided arbitration with Victor Olofsson, re-signing the winger to a two-year contract with an average annual value of $3.05 million, the team announced today.

His hearing was scheduled for Wednesday.

The Sabres now have $3,495,833 of projected salary cap space, according to capfriendly.com.

Olofsson, 25, had a $767,500 cap hit as a rookie last season. He will be a restricted free agent again when the contract expires.

The Sabres also reached contracts with winger Sam Reinhart and goalie Linus Ullmark before their arbitration hearings. They each signed one-year deals Sunday.

Center Casey Mittelstadt is the Sabres’ only unsigned restricted free agent. He hasn’t accrued enough pro experience to have arbitration rights or receive an offer sheet from another team.

Right away last season, Olofsson’s lethal shot helped establish him as a Calder Trophy candidate. Stationed in the circle on the power play, he consistently utilized his ultra-quick release, becoming a favorite target of captain Jack Eichel and others.

Olofsson, a seventh-round pick in 2014, scored six-power-play goals in the first seven games.

The Swede’s scorching start overshadowed his early scoring struggles five-on-five. He finally got going Nov. 9, scoring the first of his nine even-strength goals in his 17th appearance.