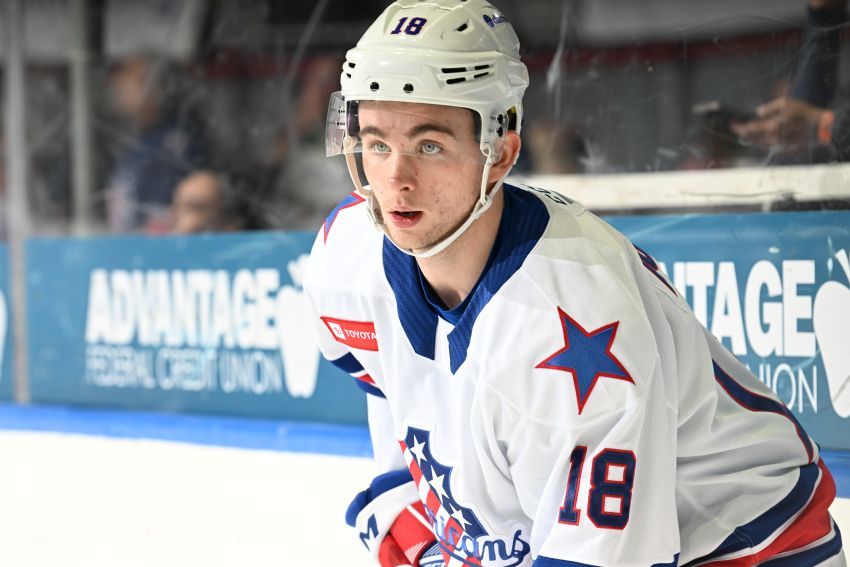 Isak Rosen is in his rookie season with Rochester. ©2022, Micheline Veluvolu, Rochester Americans

Rosen, 19, has compiled three goals and 14 points in 20 games as a rookie with the Rochester Americans this season. He played in the most recent tournament in August, registering four goals and five points in seven contests as Sweden earned a bronze medal.

The Sabres must give Rosen, the 14th overall pick in 2021, permission to leave the Amerks and play in the tournament.

Meanwhile, Ostlund, 18, has scored two goals and 11 points in 19 games this season for Djurgardens, a Swedish team in HockeyAllsvenskan. The Sabres drafted Ostlund 16th overall earlier this year.