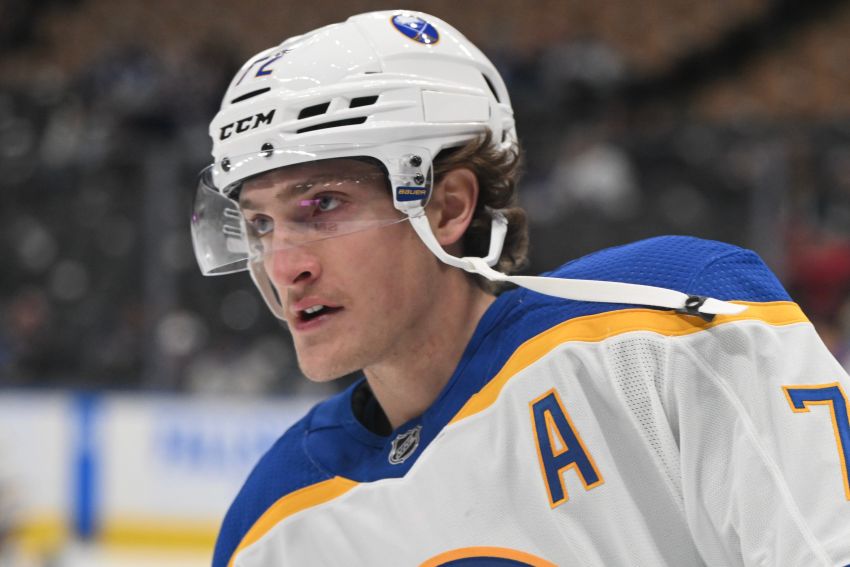 We’re going to break this down a bit because center Tage Thompson’s brilliant five-goal, six-point night ranks as one of the greatest performances in the Buffalo Sabres’ 53-year history.

Thompson, 25, was downright dominant early in Wednesday’s 9-4 annihilation of the hapless Columbus Blue Jackets at Nationwide Arena, scoring four goals and five points in the first period as the Sabres opened up a stunning 6-0 lead.

Incredibly, he recorded his second hat trick this season by the 12:22 mark.

Through 26 games this season, Thompson has scored 21 goals, the NHL’s third-highest total, and 40 points, putting him on pace for 66 goals and 126 points.

Remember, less than two years ago Thompson was a healthy scratch.

– Thompson’s four early scores tied the NHL record for most goals by a player in a single period. He became the 18th player in league history to score four times in one period. He’s the first since Patrick Marleau on Jan. 23, 2017.

– Believe it or not, Thompson played a season-low 13 minutes, 56 seconds against the Blue Jackets.

– Thompson’s five points in the first set a new franchise record for a single period.

– Thompson became the first Sabres player to score three times in the first period since Alexander Mogilny on Feb. 24, 1993.

– Thompson became the fourth player in NHL history to score four first-period goals in a regular-season game. He’s the first since Peter Bondra on Feb. 5, 1994.

– Thompson’s the ninth player in franchise history to score four or more goals in one game.

– Thompson, who scored his fifth goal 16:07 into the second period, fell one point short of tying Gilbert Perreault’s franchise record for points in one game.

He also had a six-point game Oct. 31 in the Sabres’ 8-3 shellacking of the Detroit Red Wings. That was the Sabres’ first six-point effort since Hall of Famer Pat LaFontaine on Feb. 10, 1993.

– Thompson pumped seven shots on goal in the first, tying the franchise record for most shots in a single period set by Maxim Afinogenov on Dec. 16, 2000 and Jason Pominville on Nov. 10, 2007.

Thanks to Sabres PR, NHL PR and Heather Engel for the information.