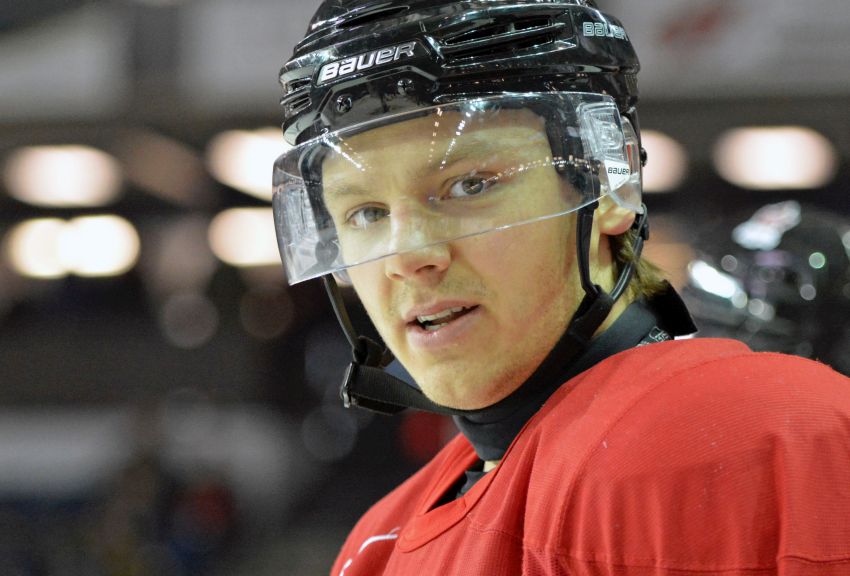 ROCHESTER – It wasn’t easy for Sam Reinhart to change his style. After all, the slick Buffalo Sabres prospect spent three seasons dominating junior hockey as an elite scorer.

“It’s hard in junior to force yourself to play the way you’re going to need to in the AHL and NHL,” Reinhart said Friday following his AHL debut with the Rochester Americans.

But Reinhart’s nine-game NHL trial in October taught the 19-year-old center some valuable lessons about succeeding in the professional game.

“You kind of have to give up a little bit on the ice throughout the year to prepare for this level and ultimately the NHL level,” he said.

So Reinhart switched to a pro style after the Sabres assigned him to the Kootenay Ice on Oct. 31. He focused on showcasing a more consistent, responsible and well-rounded game in the Western Hockey League.

“It was a little tough at times,” said Reinhart, whose points per game with the Ice dipped from 1.8 to 1.4. “It can kind of let you get lazy a little bit. So I think that was the biggest focus throughout the year.”

Reinhart, the No. 2 pick in June, is finished with junior hockey. He’ll either be with the Sabres or in the AHL next season. He played the Amerks’ final three games, compiling three assists.

“It’s obviously a step up from junior,” Reinhart said about the AHL. “Guys are bigger and stronger, a little bit faster. It’s a perfect opportunity for me to come in and kind of measure myself to see how I progressed over the year.”

Reinhart looked sharp Friday inside the Blue Cross Arena, assisting on Johan Larsson’s power-play goal before his nifty backhand pass through the neutral zone fed a streaking Phil Varone down the left wing for an even-strength goal.

“I think it got better as the game went on,” Reinhart said after the Amerks’ 3-2 loss to the Utica Comets. “It was relaxing playing with Larsson and Varone. Those guys kind of settled me down fast. I thought as the game went on I started touching the puck more and my confidence went up.”

Amerks coach Chadd Cassidy eased Reinhart into the AHL, skating him on the right wing. He moved to center for Sunday’s season finale.

Reinhart’s about to begin a pivotal offseason in his young career. There are expectations he’ll not only make the Sabres next season, but also be a big contributor, perhaps as the No. 2 center. Remember, he has only one NHL assist and often looked invisible with the Sabres.

“I don’t think it’s a matter of weight,” Reinhart said. “That’s just a number. If you’re comfortable in your body and you’re able to compete, whether it’s down low in the corners to skate with the fastest of them, you’ll be all right.

“I’m going to continue to grow into my body. … But the weight isn’t a huge focus. As long as I’m comfortable to play at my weight, I’m going to be happy with it.”