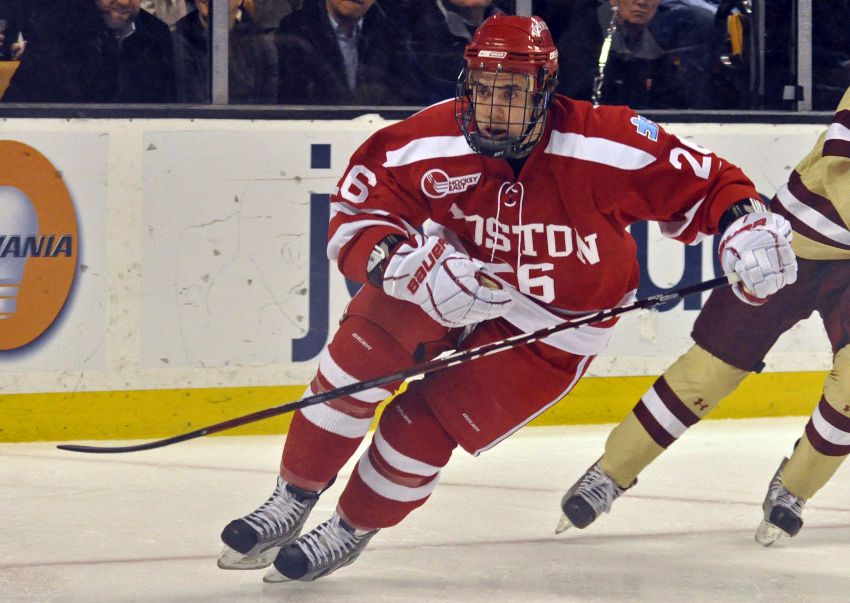 BUFFALO – The Sabres have signed undrafted winger Evan Rodrigues, a linemate of Jack Eichel’s at Boston University, to a two-year, entry-level deal, according to WEEI and TSN’s Bob McKenzie.

Update: The Sabres have officially announced the signing.

The 21-year-old Rodrigues just finished a huge senior season beside Eichel, scoring 21 goals and 61 points in 41 games. Rodrigues ranked second in the NCAA in scoring behind Eichel, the likely No. 2 pick by the Sabres in June, who had 70 points.

The 5-foot-11, 179-pound Rodrigues compiled 42 goals and 121 points in 146 games over four seasons with the Terriers, who lost the national championship game April 11.

The Sabres might want Rodrigues to entice Eichel to turn professional after his freshman season. The Sabres won the right to draft Eichel in Saturday’s NHL Draft Lottery. Eichel hasn’t committed to leaving school. He said he likely won’t decide his future until after the draft.

Related: Sabres lose lottery to Oilers, will draft Jack Eichel with No. 2 pick