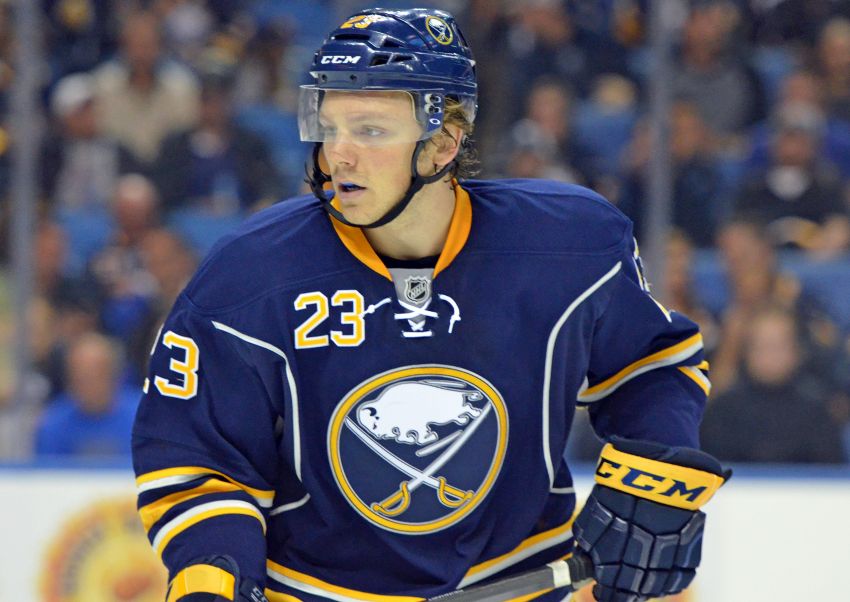 Reinhart agreed with Nolan’s assessment he enjoyed his best outing in Friday’s 6-4 loss to the Maple Leafs. The center had zero points and one shot in 16 minutes, 46 seconds of ice time, mostly between Cody Hodgson and Brian Gionta.

“I think that was probably the toughest matchup for me to go against,” Reinhart said this afternoon inside the First Niagara Center. “I think I was prepared for it. Obviously, (I was) playing with some very good players last night, and they were able to get me the puck. I was able to have it a bit more and overall get my confidence with it.”

The 18-year-old’s still pointless and hasn’t had a notable scoring opportunity this preseason. Teammates, he said, have been helping him.

“(Matt) Moulson, coming down on me took the puck from me one time, told me what he’s thinking in that situation and gave me a tip what he would do,” Reinhart said. “It really helps out.”

Nolan said some of the veterans that played the last two games – Gionta, Moulson, Tyler Ennis and Drew Stafford – will be rested Sunday in favor of youngsters like Joel Armia and Mikhail Grigorenko.