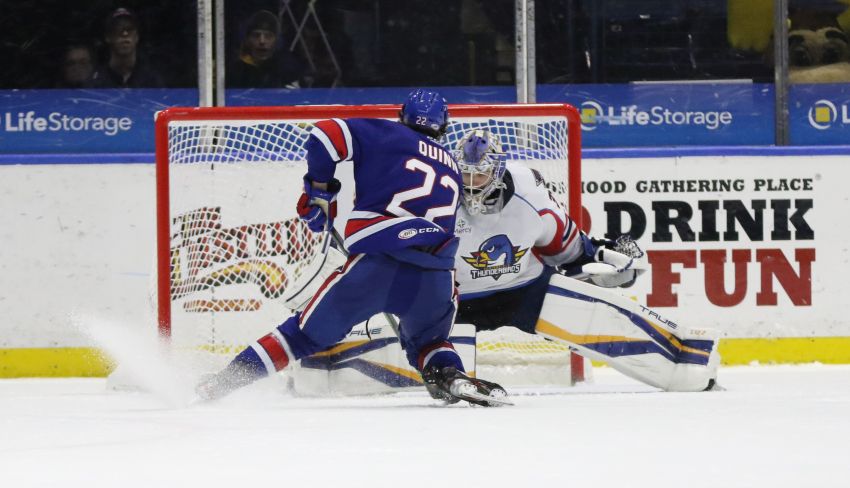 “I’m just coming down the right side and kind of cutting into the hash marks,” Quinn told the Times Herald after using the moves to score again in Tuesday’s 3-2 win at Blue Cross Arena.

Then Quinn, 20, fakes a shot and the fun begins. If the goalie bites, as the Springfield Thunderbirds’ Joe Hofer did Tuesday, he shifts to his backhand and then quickly back to his forehand.

Quinn’s soft hands left Hofer sprawling on his stomach, so the slick rookie winger patiently moved around him and scored.

“He kind of came out on me and that’s why I had to slow down … but it ended up working,” said Quinn, who played his first two NHL games in Buffalo earlier this season.

Winger JJ Peterka and center Arttu Ruotsalainen also scored nifty shootout goals to help the Amerks, who are battling for a playoff spot in the AHL playoffs, clinch a critical win.

Right now, the Amerks are in the fifth and final postseason spot in the North Division.