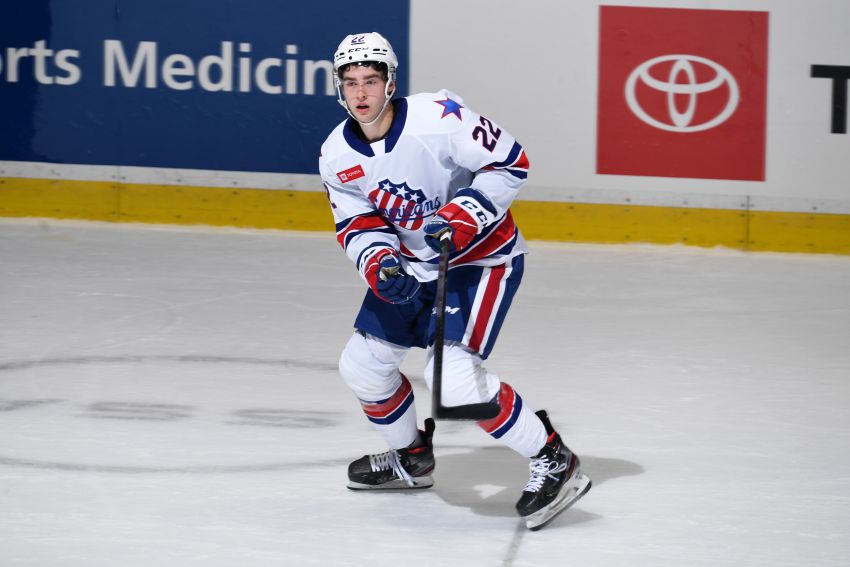 Buffalo Sabres prospect Jack Quinn has been recognized for his dynamic start with the Rochester Americans.

The AHL on Monday named Quinn, who recorded five goals and a whopping 10 points in his first six games this season, the Rookie of the Month for October.

Quinn, a winger the Sabres drafted eighth overall in 2020, has registered at least one goal or two points in four of the six contests. He surpassed last year’s point total, nine, in Saturday afternoon’s 6-5 overtime win against the Laval Rocket.

“He looked at both of us and he said, ‘I’m OK with going down in one sense. I played below the standard I believe I can play in the American League. And I feel like I need to go back there and prove to myself that I can play better in that league,’” Granato said, according to The Buffalo News.

“That’s why we enjoy having him in our organization,” he said. “He’s like a homing torpedo.”

Quinn has been skating at left wing with center Sean Malone, a West Seneca native, and JJ Peterka, a rookie who has recorded seven points.

So far, Quinn, 20, has only been held pointless once. His goal and point totals are both tied for third in the AHL.

“(His) work ethic, his daily habits, they’ve always been good,” Amerks coach Seth Appert said on a Zoom call Monday. “It’s taken another notch now. He’s really embracing being a pro, he’s embracing coming to the rink and finding ways to try to get 1, 2, 5 percent better at different areas of his game on and off the ice every day.

“So his attention to detail and his habits are extremely high. That usually leads to confidence. And then you could combine those two things together with how hard he plays, and it’s leading to success on the ice.”

Eakin told reporters in San Jose, where the Sabres face the Sharks tonight, his status for the game will be decided later.

After three strong outings to start the season, Eakin crashed into net during a practice drill Oct. 20.

“You just got to stay positive,” he said of his fluky injury. “There’s nothing you can do about it.”