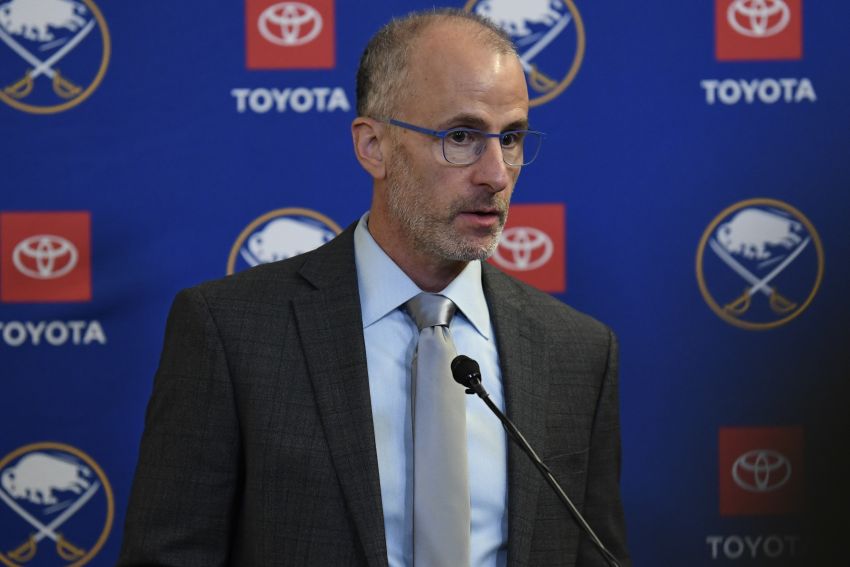 The San Jose Sharks, the Buffalo Sabres’ opponent Tuesday, placed seven players and coach Bob Boughner on the list prior to Saturday afternoon’s home contest, which was delayed 30 minutes. The Sharks had to recall five players from the San Jose Barracuda, their AHL affiliate.

COVID protocols forced the AHL to postpone the Barracuda’s road game Sunday against the Stockton Heat.

Over the past several days,  Sabres coach Don Granato and his players have spoken about how much they’re enjoying their first “normal” road trip in nearly two years.

Last season, strict protocols basically confined NHL teams to their hotel rooms. On the Sabres’ current four-game western swing, they’ve gone out to dinner and enjoyed other activities that can help them bond and build camaraderie.

But the sobering reality is hockey, like the rest of society, must keep dealing with COVID.

“It does seem like it’s escalating all around us,” Granato said on a Zoom call following the Sabres’ 3-2 loss at Staples Center. “It is the way we’re all living at this point. I think we’ve all adjusted to it and it looks like we’re all gonna have to keep adjusting to it.”

Prior to Sunday’s game, Granato acknowledged COVID is still in the back of his mind.

“This is such an elusive thing, this whole pandemic and the spread of it that you feel for teams like (the Sharks) because there’s such a randomness to it,” he said. “It could happen anywhere and you can catch it right away and before you know it, their situation is now multiple players and guys on the coaching staff. It is nerve-wracking, I think, for everybody still.”