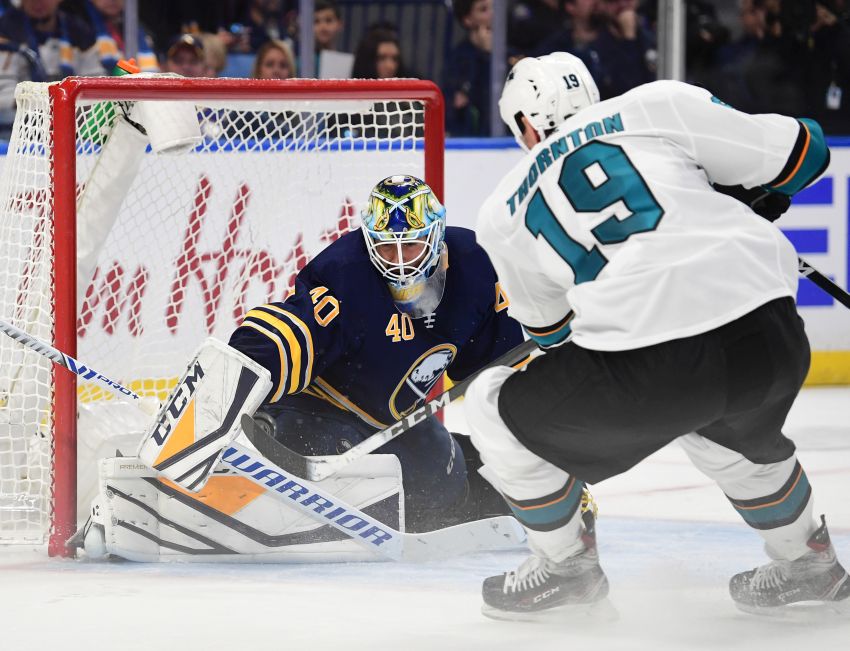 BUFFALO – Considering they endured a seven-year run of futility before their recent resurgence, the Sabres haven’t exactly played a lot of big games lately.

That’s why tonight’s road tilt against the heavyweight Tampa Bay Lightning, which, believe it or not, trails the Sabres for the first time in, umm, a long time, is so meaningful.

The Sabres, who tied a franchise record Tuesday by winning their 10th straight tilt, ranked first in the 31-team NHL with 36 points entering Wednesday’s games. The Lightning are right behind with 35 points.

They haven’t played significant contests with postseason ramifications this late in a season since 2011-12, when they roared back from last place to briefly reach the top eight.

Sure, the Sabres hung around the playoff race a bit in 2016-17, creeping within two points of a spot in late February before their bye week. But other teams had games in hand and they fell apart immediately after the break ended.

At their current pace, the Sabres would a earn franchise-record 118 points. Remember, they went 25-45-12 last season, mustering only 62 points.

The Sabres, who begin a three-game road trip tonight, have been showcasing some terrific balance.

Nine different players have scored winning goals during their streak. Only winger Jeff Skinner, whose 19 goals were tied for the league lead entering Wednesday, has two. Skinner scored the overtime winner in Tuesday’s 3-2 win over the San Jose Sharks.

Yes, like a lot of other teams, the Sabres’ scoring is a bit top heavy.

But seven other players have recorded at least 10 points, including winger Jason Pominville, who ranks third with nine goals and 18 points.

All seven defensemen have scored at least one goal. The blue line has produced 14 of the Sabres’ 76 goals. Incredibly, a year ago at this time, a Sabres defenseman hadn’t scored yet.

Not surprisingly, the goaltending has also been the Sabres’ best in years. Carter Hutton has quietly become one of the NHL’s better netminders in his first season as a regular starter. The veteran is 8-0-0 with a 1.97 goals-against average and a .936 save percentage during the winning streak.

The Sabres haven’t missed a beat with Linus Ullmark, who’s 5-0-1 in his first year as a backup.

“It starts from Hutts and Linus,” Skinner said. “I think Hutts, he calms everything down. And in the back end, I think the six D back there are playing well. They’re calm, they’re steady, they’re blocking shots when we need a big block. It allows us as forwards to sort of get back to work in the offensive zone if we’ve been down in our end for a while.

The Sabres play the Florida Panthers on Friday before closing the trip against the Nashville Predators on Monday.