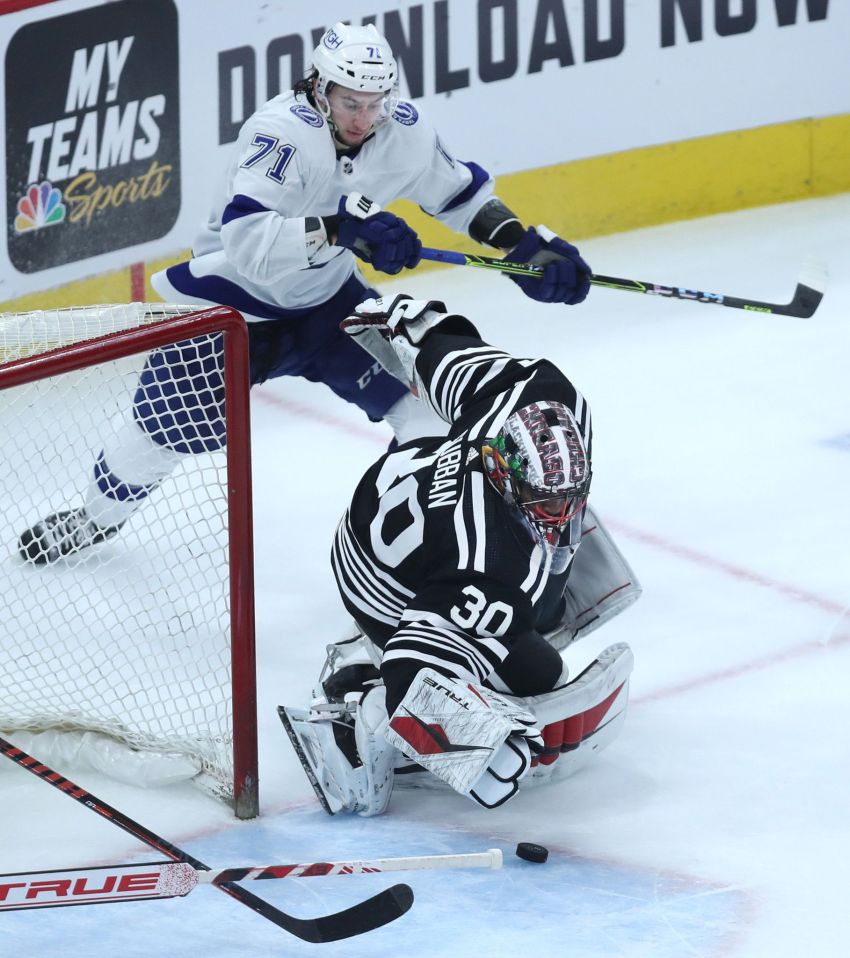 The Chicago Blackhawks’ acquisition of Marc-Andre Fleury dropped Subban, 27, to the AHL, where he shared the net with Colin Delia and Arvid Soderblom.

Playing time, of course, was limited, and Subban only made only five appearances with the Rockford IceHogs before the Sabres acquired him Dec. 2.

So Subban, who’s expected to start tonight’s game against the Penguins at PPG Paints Arena, seems hellbent on seizing his opportunity with the Sabres. An undisclosed injury he suffered in his Sabres debut Dec. 4 delayed his second appearance 13 days.

“He fits everything that we’ve spoken of,” Sabres coach Don Granato said on a Zoom call Thursday. “He’s enthusiastic. He … is a great athlete. He’s got lots of NHL experience now and he’s still trying to find his spot, still trying to prove himself and earn himself a spot. So he’s coming in here with a great approach, beyond a great attitude.

“We know he’s a quality person and a competitive guy. We’re hopeful that this is the spot for him and he can earn it and establish his game at a new level for him.”

Injury, illness and ineffectiveness created a chance for Subban, a first-round pick by the Boston Bruins in 2012, to earn playing time and behind Ukko-Pekka Luukkonen.

Craig Anderson is sidelined month to month with an upper-body injury. Dustin Tokarski, who established himself as a strong backup behind Anderson, is working his way back after leaving COVID-19 protocol. Aaron Dell struggled so badly the Sabres demoted him back to the Rochester Americans.

In his debut Dec. 4, the Sabres offered Subban little help, and he allowed six goals in 50 minutes before leaving the 6-2 loss to the Carolina Hurricanes.