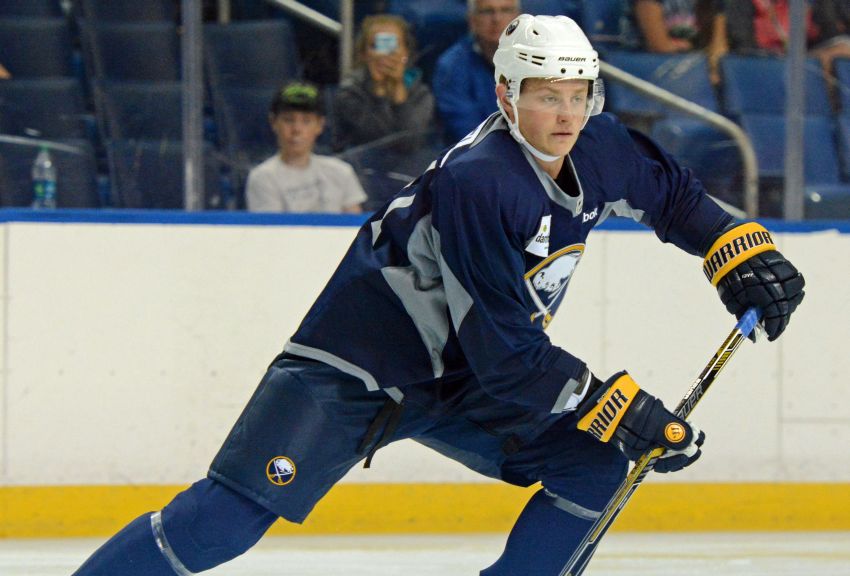 Eichel will get his wish tonight, when the Sabres host what is quickly becoming a huge summer event, the annual development camp scrimmage at 7 p.m. inside the First Niagara Center.

The Sabres have already sold more than 10,000 tickets at $10 each. The team estimated late Thursday afternoon a record crowd of more than 15,000 fans could attend. Most of them want their first glimpse of Eichel in some sort of game action as a pro.

“There’s nothing I love more than preparing for a game and just playing – the atmosphere, just the feeling of playing against another team trying to win a game,” Eichel said Thursday following on-ice testing.

Other prospects in camp know that atmosphere will be special. Nick Baptiste, Eichel’s right winger, played last year before a crowd of 8,725 fans.

“I mean, what are we, in the middle of July?” Baptiste asked. “It’s summertime and people are packing into this stadium to watch hockey. It’s special, and we’ve really noticed the fans’ support. It’s really nice to see. …

Matt Ellis will be back for an eighth season with the Sabres organization.

The Rochester Americans signed the popular forward to a one-year AHL contract Thursday. The respected 33-year-old, a veteran of 356 NHL games, spent parts of two seasons as Amerks captain before getting recalled. He could wear the ‘C’ in 2015-16.

The Sabres have hired Anders Forsberg as a European scout, the team announced Thursday. The 48-year-old Swede spent the last three seasons coaching MODO in the Swedish Hockey League. He has also scouted for Ottawa.