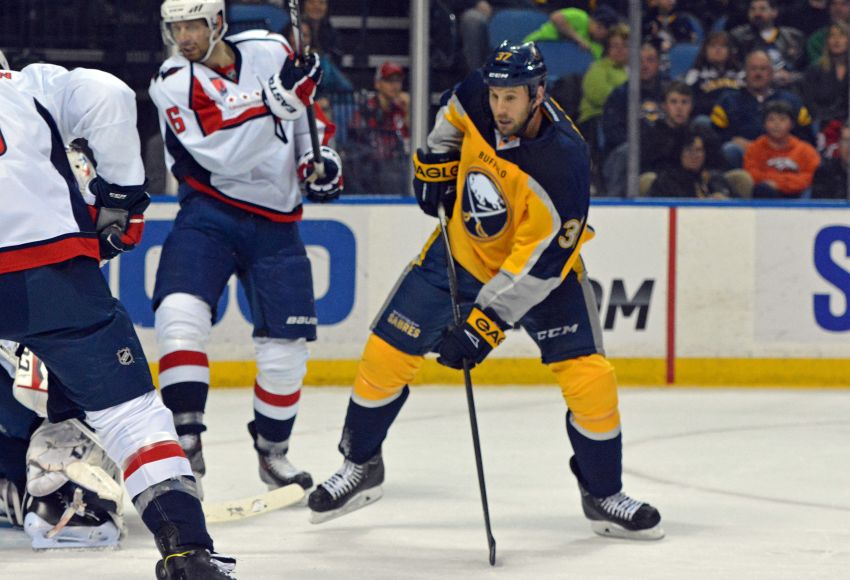 BUFFALO – Matt Ellis will be back for an eighth season with the Sabres organization.

The Rochester Americans signed the popular forward to a one-year AHL contract today. The respected 33-year-old, a veteran of 356 NHL games, spent parts of two seasons as Amerks captain before getting recalled. He could wear the ‘C’ in 2015-16.

One thought on “Amerks sign Matt Ellis to AHL deal”