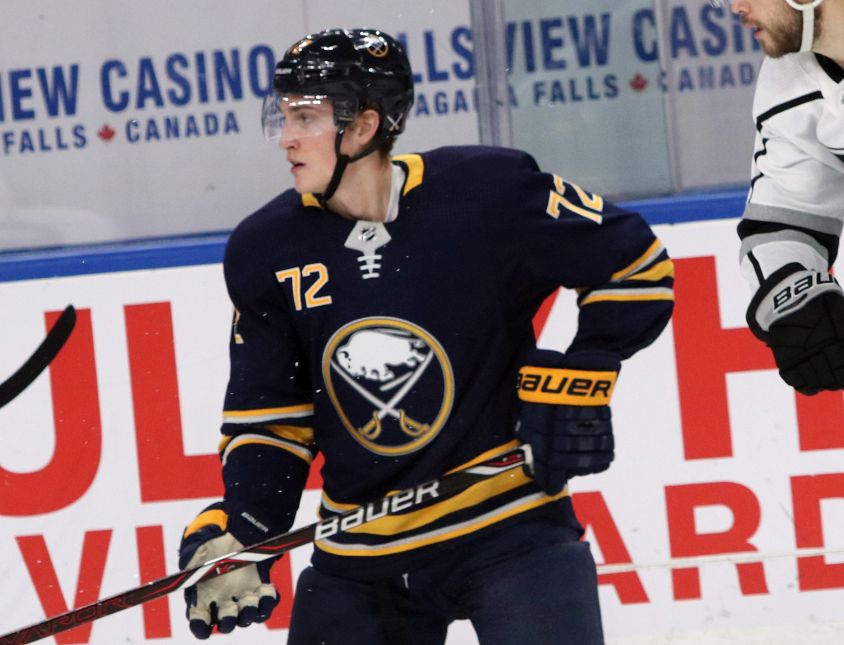 But for the first time since Nov. 8 and the eighth time this season, Thompson, 21, sat out as a healthy scratch Thursday.

Center Johan Larsson replaced him for the Sabres’6-5 overtime loss to the Carolina Hurricanes. Thompson, a big piece of the Ryan O’Reilly trade with the St. Louis Blues, had played 36 straight contests.

Nelson, 26, has been practicing since the NHL All-Star break ended Jan. 27.

A healthy Nelson would give the Sabres nine defensemen, meaning they would likely have to make a roster move.

Could the Sabres send Nelson on a conditioning assignment to the Rochester Americans before he returns?

Update: The Sabres sent Nelson to the AHL this morning on a conditioning assignment.

Nelson has missed the last 26 games.