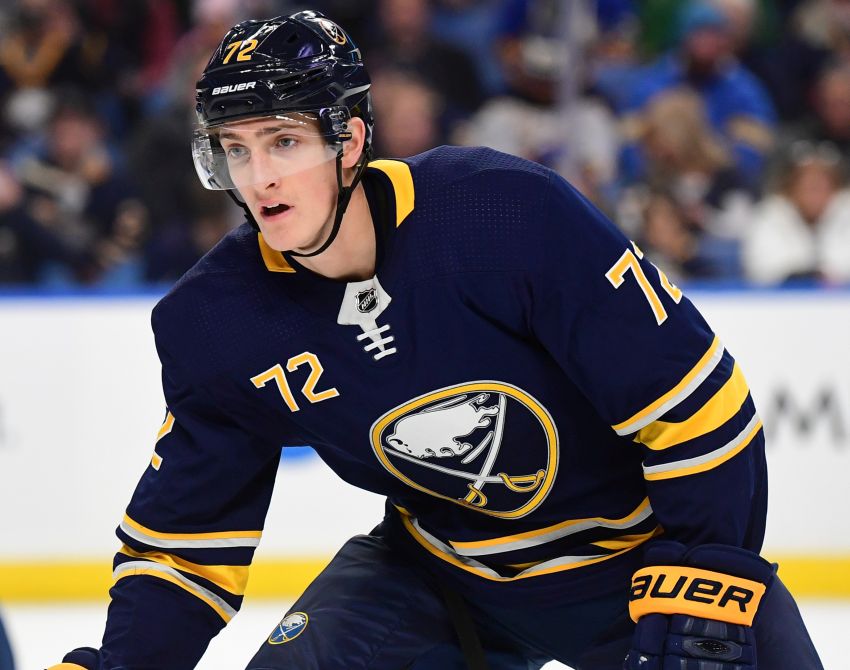 But for the first time since Nov. 8 and the eighth time this season, Thompson, 21, will sit out a game as a healthy scratch tonight against the Carolina Hurricanes. Center Johan Larsson will replace him.

Thompson, a big piece of the Ryan O’Reilly trade with the St. Louis Blues, has played the last 36 contests.

Larsson said the upper-body injury that sidelined him two games “crept up over time.”