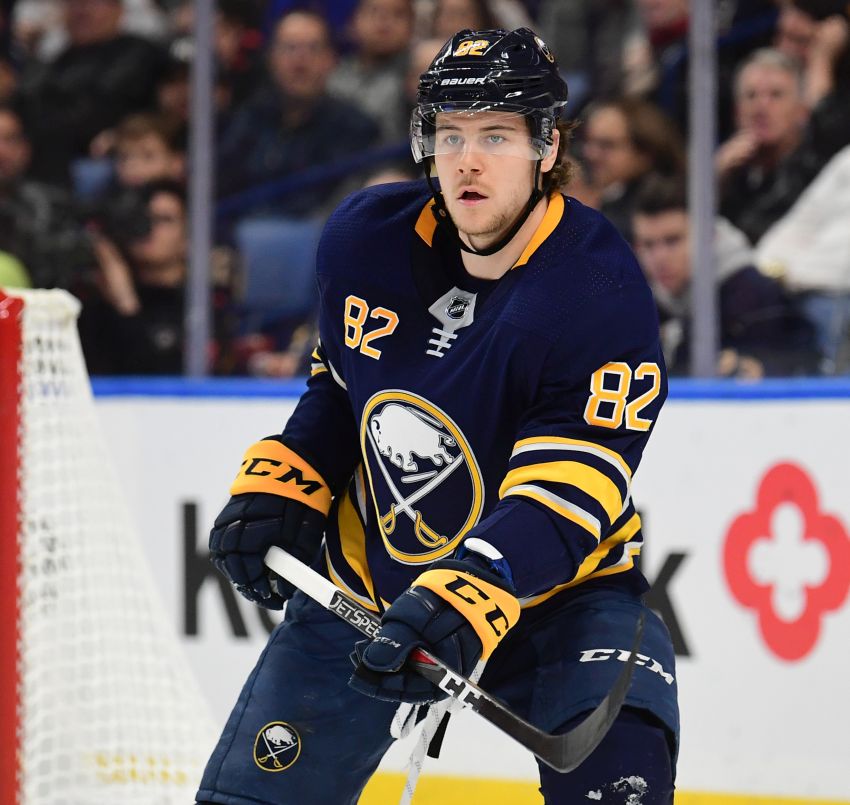 Beaulieu played against the Flyers because defenseman Marco Scandella is day-to-day with a lower-body injury, Housley said.

The Sabres made their first recall of the season Wednesday, summoning high-scoring defense prospect Lawrence Pilut from the Rochester Americans. The Swede, however, was scratched.

Beaulieu had compiled two goals, four points and a plus-6 rating in 12 appearances entering Wednesday. Last season, his numbers – one goal, nine points and a minus-16 rating in 59 games – were downright awful.

“The biggest thing is you got to remember he’s an 18-year-old kid and mistakes are going to happen,” said Beaulieu, who has played 297 NHL games. “So I think he feels more comfortable playing with me as well knowing that I’m out there, I’m going to protect him. … We just found an early chemistry.”

Beaulieu skated beside Nelson on Wednesday.

The Sabres made one other lineup change, inserting winger Evan Rodrigues for Patrik Berglund, who has an upper body injury, Housley said. Berglund was to be evaluated later Wednesday.

He scored his first goal 8:55 into the first period on the power play.

Notes: Pilut, 22, has quickly become an AHL star, compiling 19 assists and 22 points, both league highs, in his first 15 games. Housley said the Sabres summoned Pilut to have an extra defenseman. The Sabres placed Berglund on injured reserve to create roster space. … Sabres winger Scott Wilson, out since breaking his ankle in the preseason, is doing weight-bearing exercises with his feet and close to skating, Housley said. … Scandella, who left Monday’s 5-4 overtime win in Pittsburgh after blocking Evgeni Malkin’s shot, skated with his teammates Wednesday morning but left the ice limping.