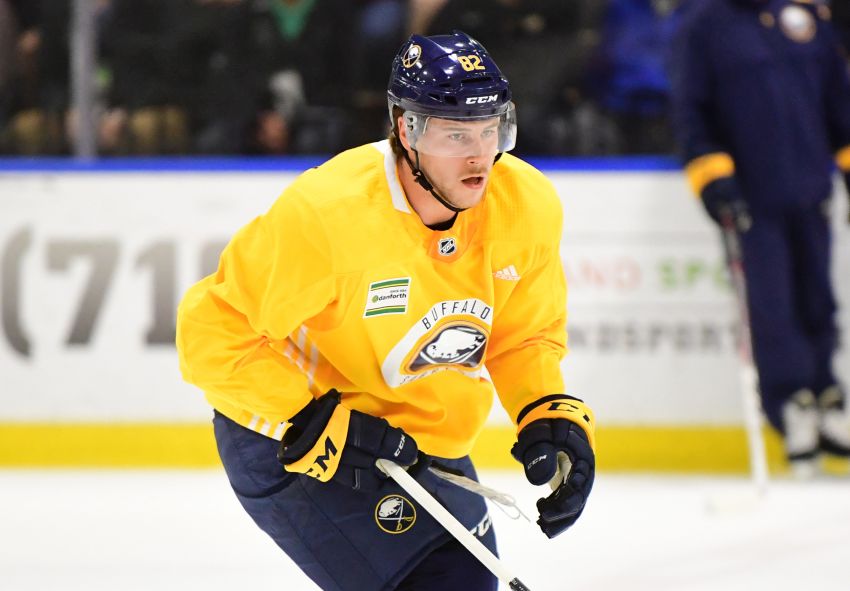 BUFFALO – Nathan Beaulieu had never experienced anything as trying as last season, so when it mercifully ended, the Sabres defenseman said he “let it eat me up for a little bit.”

“This is kind of new grounds for me,” Beaulieu said Saturday following another session of training camp inside HarborCenter. “I’ve never really been in this situation. It’s kind of my first year in the NHL that didn’t really go my way at all, personally and (from) a team standpoint.”

If you need a refresher, the offensive-minded Beaulieu, 25, was downright awful last season, becoming the team’s biggest liability on defense. In 59 games – injuries and illnesses cost him playing time – he mustered just one goal, nine points and a wretched minus-19 rating. The Sabres, meanwhile, finished dead last.

“The whole year was just kind of a disaster for me,” said Beaulieu, who was acquired from the Montreal Canadiens in June 2017.

So Beaulieu, the 17th overall pick in 2011, said he let the awful season “soak in so it doesn’t happen again.”

“I took a couple weeks to kind of let it go through my mind, see where it went wrong,” he said. “You don’t really know how big a funk you were in until you get out of it. It was a good stepping stone for me. I believe as a person and as my career goes on, I feel like that’s going to be a good thing for me, seeing that low. You don’t want to be back there. I know what I’m capable to do.”

Beaulieu said he doesn’t want last season to “define me.” Buffalo fans, he said, have welcomed him warmly. He appreciates their support and the belief Sabres general manager Jason Botterill and coach Phil Housley have shown in him.

Botterill and Housley communicated with Beaulieu throughout the offseason.

“It seems like they believe in me even more than I believe in myself, so that’s awesome,” Beaulieu said. “They know what I’m capable of doing. They brought me in here for a reason and they kept their word of giving me every opportunity.

“It’s my turn to keep my word and play my game, give this city and this team what they deserve every night.”

Of course, thanks to an influx of talent, Beaulieu is fighting for playing time or even a roster spot. Suddenly, the blue line is crowded. The Sabres drafted Rasmus Dahlin first overall and have prospect Brendan Guhle, 21, making a push. They also acquired Matt Hunwick and signed Lawrence Pilut, a top defenseman in Sweden.

“I had a good talk with Phil,” Beaulieu said. “He talked to all the D the same way. You’re not going to be given anything. With how much depth we have right now, there’s a lot of guys who are good NHLers and can play here.”

Housley said: “Nathan did a terrific job this summer. … He’s well conditioned, he’s focused on every drill, his focus is really good. There’s going to be a lot of tough decisions.”

Through two days of camp, Beaulieu has a spot beside defenseman Zach Bogosian, his partner last September.

“A little anxious to see who you start with,” Beaulieu said.

The duo could conceivably offer the Sabres a speedy third pair capable of producing points. Remember, Beaulieu compiled a career-high 28 points in 74 games in 2016-17.

He believes last season was an aberration.

“(I’m a) lot more comfortable coming in this year, knowing a lot of guys and everything throughout the organization,” Beaulieu said. “You want competition coming into camp. You know it usually brings the best out of everyone. For me, I accept it willingly. I feel good about myself, good about my game.