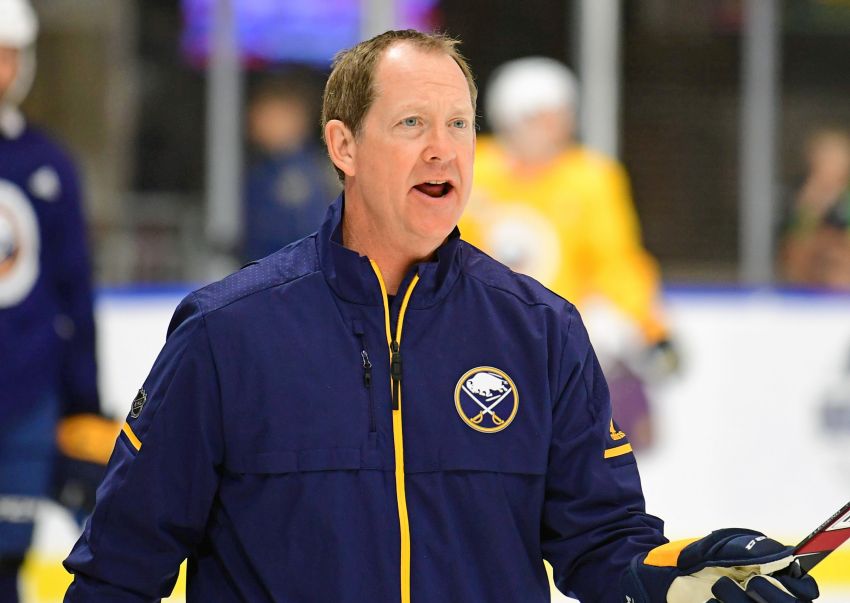 Still, following such a miserable campaign, the question had to be asked: will Phil Housley be general manager Jason Botterill’s coach again next season?

“One-hundred percent Phil Housley will be our coach next year,” Botterill said Wednesday inside KeyBank Center. “I have certainly enjoyed working with Phil over the past year here. I think the way I want to put our team together, the way he wants to play is a good mix.”

While the Sabres won only 25 games, Botterill said the rookie coach improved his communication with his players over the season. He also likes Housley’s system and the fast style he wants to play.

“You just look at the development of a player like Sam Reinhart who struggled at the start of the year, came on in the second half of the year,” Botterill said. “You look at how some of our players such as Casey Nelson and (defenseman) Brendan Guhle came up from Rochester and how they performed here. I like what he’s done from a development standpoint.”

What about Housley’s staff of associate coach Davis Payne, assistants Chris Hajt and Tom Ward and goalie coach Andrew Allen? Botterill said their futures will be discussed this week. Housley said Monday he has no plans to let anyone go.

Botterill said Sabres center Ryan O’Reilly was giving “an honest opinion” when he said constant losing made him lose his love for hockey at times this season.

Botterill said the Sabres haven’t had any discussions with Reinhart, 22, about a new contract. The former second overall pick will be a restricted free agent this summer.

Meanwhile, Botterill said goalie Robin Lehner, who sought a second opinion for the lower-body injury that ended his season, doesn’t need surgery and will be ready for next season. The Swede will also be a restricted free agent.

“Robin had a year where he was certainly disappointed in the final results,” Botterill said. “You look at our goaltending overall, it’s something, like our team, that needs to be better. In certain situations, we had some great goaltending efforts.”

Botterill said prospect Linus Ullmark will be one of the Sabres’ goalies next season. A decision on the other netminder will come in a couple months.

The GM also said he has had positive talks about the organization with Nelson, who will be an unrestricted free agent.

The 5-foot-10, 180-pound Oglevie just finished his junior season at with the Fighting Irish, compiling a team-high 15 goals and 39 points 36 games.

Oglevie scored the only goal in Notre Dame’s 2-1 loss to Minnesota-Duluth in the national championship game. The California native earned a spot on the NCAA All-Tournament Team after compiling three goals and a tournament-high seven points in four games.