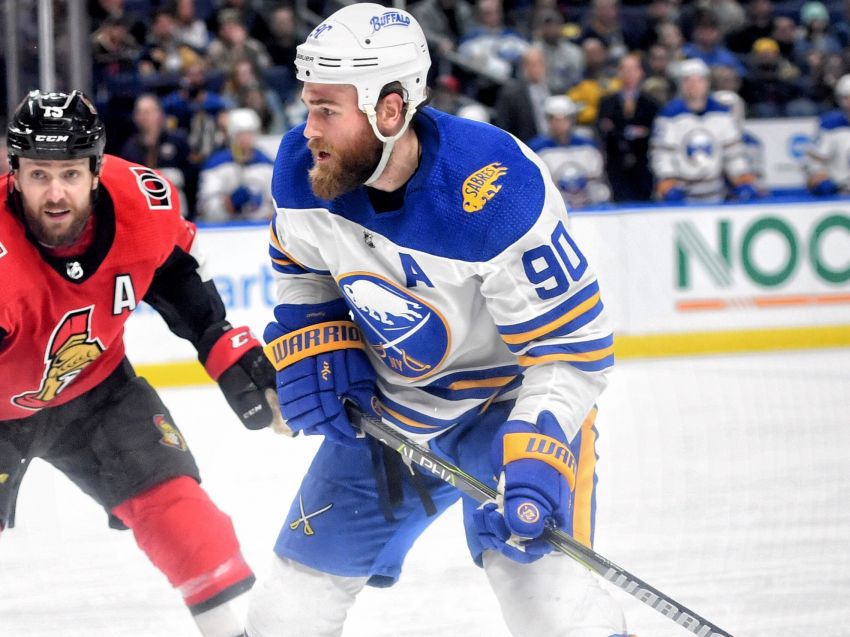 BUFFALO – Constant losing over three seasons has taken such a large toll on Ryan O’Reilly the center said he lost his love for hockey at times as the Sabres trudged to the NHL’s worst record this season.

Yes, you read that correctly. O’Reilly made the stunning comment Monday morning as the Sabres cleaned out their lockers and held exit interviews following their wretched 31st-place finish.

To O’Reilly, the Sabres are “stuck in this mindset of just being OK with losing.”

“I feel too it’s really crept into myself,” O’Reilly said inside KeyBank Center. “Over the course of the year I lost myself a lot, where it was just kind of get through, being OK with just not making a mistake, and that’s not winning hockey at all and it’s crept into all of our games. It’s disappointing, it’s sad.

That, of course, sounds like a player who would like to be traded. O’Reilly, 27, is two seasons into a seven-year, $52.5 million contract.

But the former NHL All-Star said he doesn’t want to leave Buffalo.

“No, I really want to be part of the solution here,” O’Reilly said. “I love this city, I love it here, I call it home. There’s some good pieces, but it’s a big change I need to make mentally. I’ve said this so many times that I got to be a lot better and I sound like a broken record, but I’m going to stick with it, I’m going to keep trying.

This summer, O’Reilly said he must improve his mental toughness.

“I don’t think I was mentally tough this year,” he said.

O’Reilly seemed passionate throughout a trying season. He skated nearly 21 minutes a contest, more than any Sabres forward. After games, any mistakes and missed opportunities gnawed at him.

“It’s the best job in the world,” he said. “But at times throughout the year I felt I lost it, and there’s times I’ve found my game, I just enjoy it, it’s fun. But when you lose consistently like this for years, it’s tough. … I hated to lose.”

The Sabres are 93-118-35 since O’Reilly’s arrival three years ago. The nine-year veteran hasn’t played in a playoff game since 2014 with the Colorado Avalanche.

With so much losing in Buffalo, he said simply playing OK started feeling acceptable this season.

O’Reilly believes playing for Team Canada at the World Championship later this spring in Denmark could ignite some passion.

Like his predecessor, Housley leaned on O’Reilly in all situations, utilizing his wide array of talents. In addition to compiling 24 goals and 61 points, numbers that ranked second on the Sabres, O’Reilly won an NHL-record 1,274 faceoffs over 81 games.

Eichel returned from a high ankle sprain last month. Reinhart, meanwhile, will be a restricted free agent this summer.

Sabres goalie Robin Lehner wasn’t available to talk Monday because he was receiving a second opinion on the lower-body injury that sidelined him late in the season.