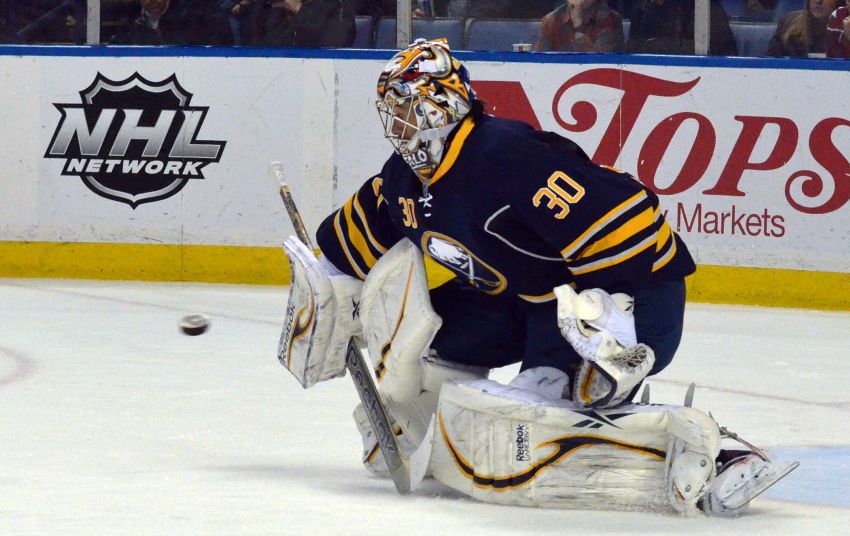 PITTSBURGH – Ryan Miller was the first Buffalo Sabres goalie off the ice this morning inside Consol Energy Center, meaning the veteran will likely start tonight against the Penguins.

Will it be Miller’s 499th and final appearance with the Sabres?

Miller hasn’t played since getting yanked from Friday’s ugly 8-4 home loss to the New York Rangers, a game Miller sarcastically saluted the crowd in between two Bronx cheers. The 32-year-old then voiced his displeasure after the game.

Only Friday’s finale at home against the New York Islanders remains after tonight. It seems unlikely the Sabres would play Miller inside the First Niagara Center again. Backup Jhonas Enroth started Monday’s 2-1 home loss to Winnipeg.

“I thought his game evolved actually as the game went on,” Rolston said. “I thought he did some better thing, especially offensively, probably three or four decent looks.”

Rolston added: “We’re playing him in situations and playing him with good players and see what he can do.”

Grigorenko said he doesn’t know if the Sabres will assign him to Rochester when the season ends.