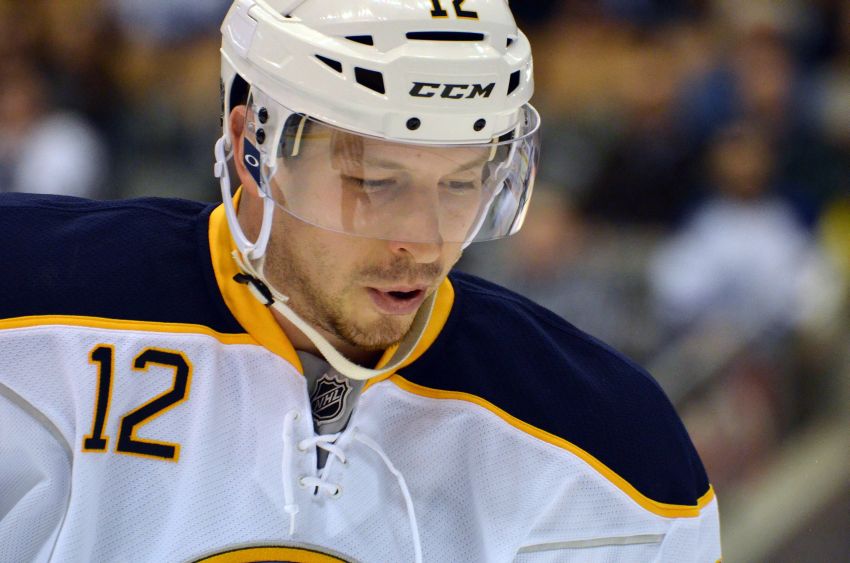 PITTSBURGH – The stunning victory might serve as one final reminder of the potential the 2012-13 Buffalo Sabres possess.

On Tuesday, the reeling Sabres limped into Consol Energy Center losers of four straight, just hours away from a possible fire sale before the trade deadline hits at 3 p.m. today.

The mighty Penguins, winners of 15 straight, awaited them. The powerhouse club had blanked its last three opponents and stood just two victories from tying the NHL’s longest-ever winning streak.

Incredibly, the Sabres slayed the beast, thumping the Penguins 4-1 before a standing-room only crowd of 18,642 fans.

“Obviously, expectations are high and we haven’t lived up to them,” Sabres goalie Ryan Miller said. “But … there’s still time in the season. We can write our own story.”

Could the commanding victory convince Sabres general manager Darcy Regier and ownership to keep the team together?

Regier has already said the Sabres are looking to next season and he must explore “anything and everything.”

More on the statuses of Miller and captain Jason Pominville later.

Against a team that had won 12 straight home games and hadn’t lost any contest since Feb. 28, the Sabres controlled the play, taking an early lead before finishing off the slick Penguins early in the second period.

Sixty-minute efforts have been rare this turbulent season.

“I think tonight you could say we played a full game,” Miller said. “It was very nice to see, and I’m extremely proud of the guys. Hopefully, this is something we carry forward and keep in our pocket and know that we can play that solid game.”

But Steve Ott scored late in the period. Then Cody Hodgson, who was promoted back to No. 1 center after some fourth-line duty Sunday, and Porter’s second goal sealed the game just 3:28 into the second period.

That weak goal from the left circle sent Penguins goalie Tomas Vokoun to the bench. Marc-Andre Fleury replaced him.

“I was trying not to think about it,” Porter said about his goal drought. “But after that many games you finally want to get one. I was playing well, but you definitely want to chip in offensively.”

Porter’s Feb. 21 promotion to the big leagues coincided with Ron Rolston’s elevation to interim coach. The 27-year-old center is a Rolston favorite.

“I’m real happy for Kevin,” Rolston said. “Ever since he’s been out he’s played his heart out. He competes every night for us. He does a lot of things … to help our team be successful. For him to come out and have the offensive game he did, that was pretty special.”

The Sabres thought they had a pretty special team this season, one they thought could contend for a Stanley Cup.

Following the morning skate, Pominville politely declined to say whether he has given Regier a list of eight teams he wouldn’t like to be traded to. Miller, who has the same clause in his contract, wouldn’t comment after the game.

“I don’t want to answer by yes or no, but what I can say is Darcy has a job to do, and for him to be able to that in my case, in guys that have these kind of lists, for him to be able to listen, he needs to know,” Pominville said. “I think it’s just part of the process. I mean, he said it a while ago that he was going to listen on anyone, so I think it shouldn’t be a surprise to anyone that this came out.”

The 30-year-old said he’s “absolutely not” offended by the speculation.

Miller agreed with Pominville, saying Regier “has to explore every opportunity.”

“I think every season every GM explores every opportunity,” Miller said. “I mean, you’re not going to pick up the phone for one of your fellow general managers. I think some years are more pressing than others. Obviously, expectations are high and we haven’t lived up to them.”

“The general managers are shuffling them, moving them around,” he said. “We don’t have a say. So you just worry about hockey like today. I thought it was great.”