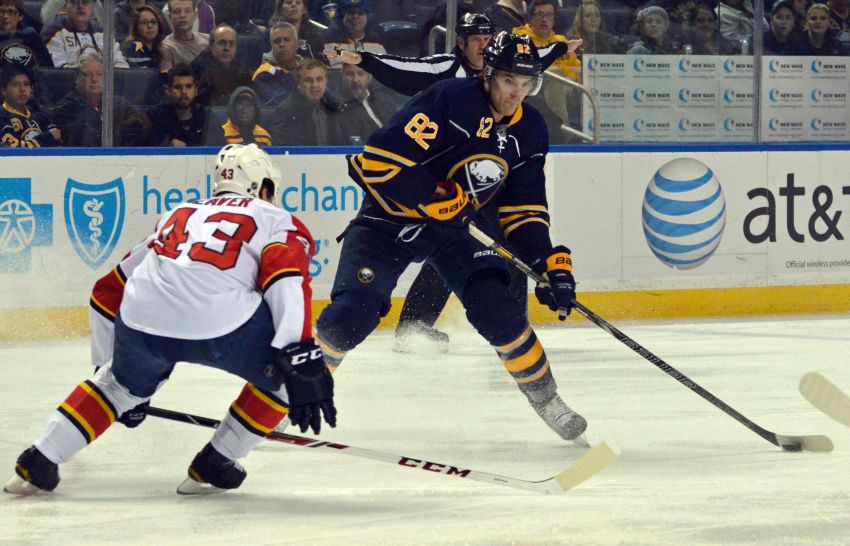 Three days after suffering what appeared to be a season-ending right leg injury, Sabres winger Marcus Foligno skated with his teammates this morning in Philadelphia and could play Tuesday.

“I was very shocked and quite surprised that he was able to walk around yesterday, and all of a sudden, to see him on the ice today … it’s very encouraging news,” coach Ted Nolan told reporters this afternoon in Philadelphia after the Sabres prepared for tonight’s game against the Flyers.

Stewart, out since injuring his right ankle March 6, was also thought to be lost for the season. Nolan said Stewart was “chomping on the bit” to play tonight.

“I don’t see them unless there’s another Marcus Foligno miracle happening with one of those two guys,” Nolan said.