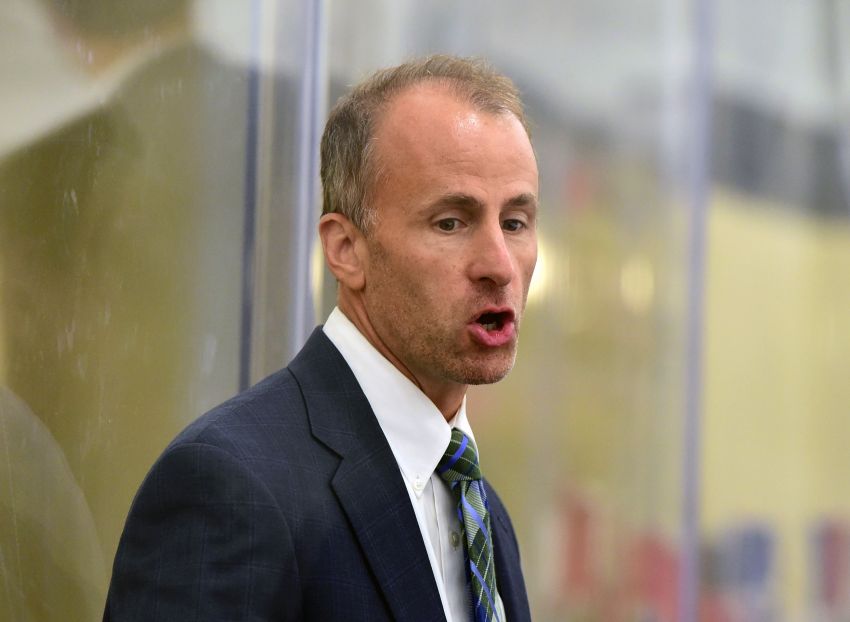 The Sabres also officially announced Krueger will retain assistant Steve Smith, a former NHL defenseman he had on his staff with the Edmonton Oilers.

Granato, 51, has coached at all levels – junior, college, pro and NHL – over his 26-year career. He spent the last two seasons as an assistant coach with the Chicago Blackhawks.

Before returning to the NHL, Granato served as an associate coach at Wisconsin under his brother, Tony, for one year.

Following a short playing career, Granato spent seven seasons as a head coach in the junior United States Hockey League before moving to the ECHL, a pro circuit. He also served as general manager during parts of those tenures.

After winning an ECHL championship with the Peoria Rivermen in 1999-00, Granato coached the St. Louis Blues’ affiliate, the Worcester IceCats, five seasons. He was named the AHL’s top coach in 2000-01.

Following one year as an assistant coach in St. Louis, Granato became a scout for the Toronto Maple Leafs.

Granato has also coached the AHL Chicago Wolves, led the U.S. National Team Development Program and had other coaching gigs with USA Hockey.

Meanwhile, Bales knows Sabres GM Jason Botterill well from their days together in Pittsburgh. Bales spent six seasons with the Penguins, where Botterill was the associate GM.

Bales played 18 pro seasons following his three-year college career at Ohio State. He went 2-15-1 with a 4.13 goals-against average and an .869 save percentage in 23 games with the Boston Bruins and Ottawa Senators during his NHL career.