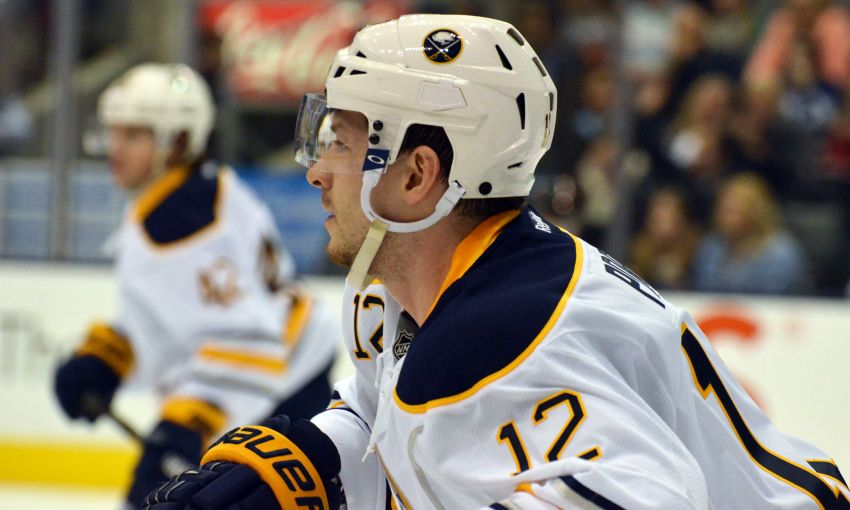 Kevin Porter has played 43 games with the Sabres. ©2019, Hickling Images

Captain Kevin Porter will be back for another season with the Rochester Americans.

The Buffalo Sabres’ top affiliate announced today it has re-signed the veteran forward to a one-year AHL contract.

Porter, 33, has spent four seasons with the Amerks over two stints, captaining the club both times.

After three years away – Porter won the Stanley Cup with the Pittsburgh Penguins in 2016 – he returned to the Sabres organization in 2017, inking a two-year, two-way deal.

The Amerks have made the playoffs in both seasons since Porter returned.

Porter won the Hobey Baker Award as the NCAA’s top player at Michigan in 2007-08.