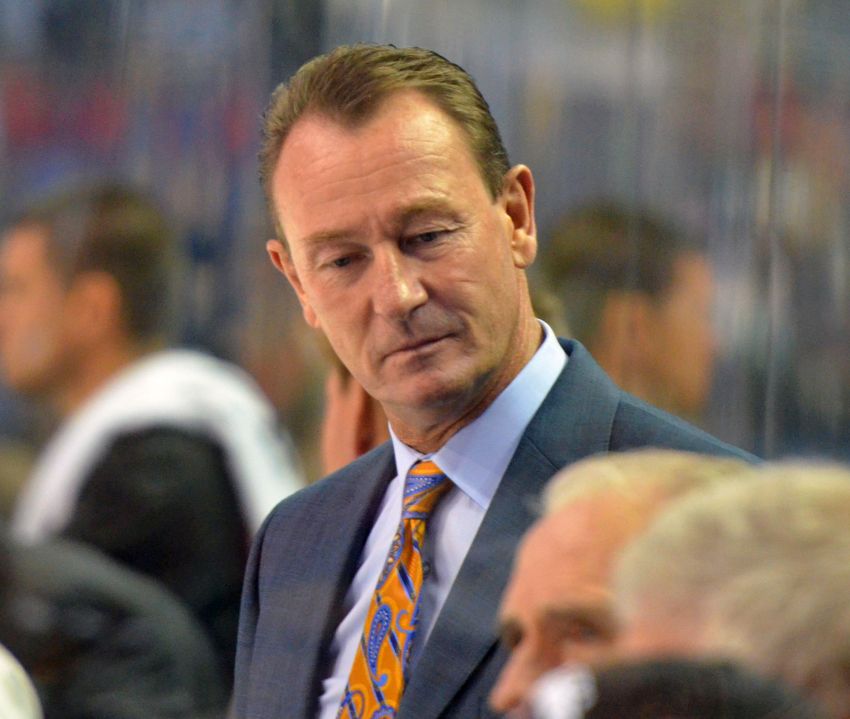 BUFFALO – Despite finishing dead last in 2017-18, the Sabres kept their entire coaching staff. There will, however, be one addition to Phil Housley’s crew next season.

The Sabres have hired former NHL defenseman Steve Smith, a three-time Stanley Cup winner, as an assistant coach, the team announced this morning.

Other than Housley, a Hall of Fame defenseman, the only former NHL defender on staff, Chris Hajt, played six games. Given the Sabres just drafted Rasmus Dahlin, perhaps the best defense prospect in decades, and their recent woes on the blue line, it makes sense they added Smith.

The Glasgow, Scotland, native was in charge of the Carolina Hurricanes’ defense and penalty killing as an assistant coach the last four seasons. During that time, the Hurricanes allowed the second-fewest shots per game (28) in the league. Over that stretch, the Sabres allowed the most shots per contest (33.3).

Smith resigned from the Hurricanes on Monday.

Prior to his Carolina tenure, Smith was an assistant with the Oilers and Blackhawks. He also scouted for the Blackhawks for two seasons.

While Smith was a big contributor to three championship teams, he might be best remembered for a fluke play in 1986 against the Flames. Late in Game 7 of the Smythe Division final, his pass from behind the net hit goalie Grant Fuhr’s pad and went in. Calgary would go on to win, ending the Oilers’ run of two consecutive Cups.

When the Oilers won the Cup in 1987, captain Wayne Gretzky raised the trophy and immediately passed it to an ecstatic Smith.

The Rochester Americans, the Sabres’ AHL affiliate, will play their annual game at KeyBank Center in Buffalo on Nov. 7 against the Cleveland Monsters.

The Amerks’ 76-game schedule, which was released today, only features Eastern Conference opponents. They open the 2018-19 season at home Oct. 5 against the Charlotte Checkers.