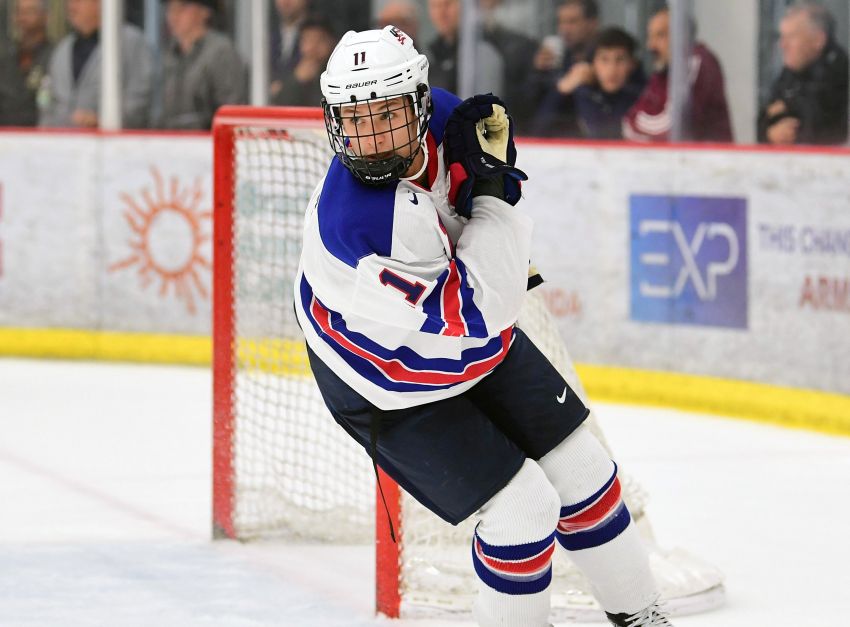 So when Wroblewski says Trevor Zegras, another slick center with the U.S. National Team Development Program, “is the best playmaker in the draft” and “a more creative and dynamic player than Hughes,” he believes he must validate it.

Wroblewski, of course, doesn’t want to pit the talents of Hughes and Zegras against each other. The teammates “create differently,” he said.

“Trevor, so much of what he does is vision and ability to create that passing lane, whereas a lot of Jack’s lanes open up because he is that good of a skater,” Wroblewski explained. “Jack’s playing at a different speed with a different computer, and Trevor is playing at a speed that I believe is faster than most.

“But at the same time, (Trevor) is not to that level, so he has to use creativity and deft touch to be able to make the plays that he makes.”

“You have to see the way he manufactures scoring chances and produces with spin-o-rama passes, and it’s amazing, the completion percentage when he tries something other guys can’t even dream of,” Wroblewski said.

NHL Central Scouting rated Zegras, a Bedford native, the No. 6 prospect among North American skaters for the upcoming NHL Draft.

The rest of the first round could be one of the most unpredictable in recent memory. Someone should snatch up the 6-foot, 173-pound Zegras early.

Zegras said he spoke to the Sabres, who hold the seventh pick, a couple of times at the NHL Scouting Combine last month in Buffalo.

The Sabres are expected to draft a forward with their first pick. Zegras, like a lot of other youngsters this year, might be hard for teams to pass up if he lasts.

“He’s a player that has unreal vision and ability to do things in any situation,” Central Scouting’s David Gregory said. “His hands are quick and his feet are quick, so it’s a deadly combination, and he really competes hard.

Zegras, who has committed to Boston University, said he likes to model his game after Arizona Coyotes center Clayton Keller, another NTDP product.

To Wroblewski, Zegras showcases more than just an offensive dimension. Over his two years with the NTDP, he has evolved into a two-way prospect.

“The understated part of his game is a really, really dedicated, 200-foot kid whose defensive zone coverage and his determination in the defensive zone grew tremendously over the two years,” Wroblewski said.

The NTDP’s rigorous program also helped Zegras develop a better work ethic. Early on, Wroblewski said Zegras “competed when it was convenient for him.” He could simply get by on his talent.

“A lot of guys are like that,” Wroblewski said. “I mean, if you don’t have to go all the time, why would you go all out if you could compete at 75 percent? But he really learned to value the game (at) 200 feet and to be a complete player and to have pushback when somebody got in his face.

“It was really impressive to see a kid grow that way and to watch him turn into that complete player.”