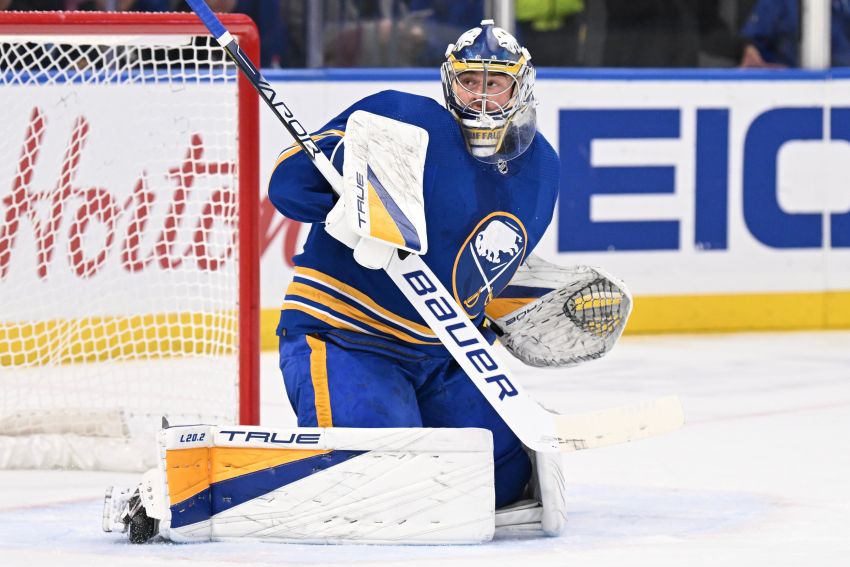 Buffalo Sabres goalie Eric Comrie suffered a lower-body injury in Wednesday’s 4-1 road loss to the Ottawa Senators and will “be out for a little bit,” coach Don Granato said.

“We obviously have to get a further look on him,” Granato told reporters in Ottawa following the Sabres’ seventh straight loss.

Comrie, 27, was injured when Sabres defenseman Rasmus Dahlin checked Mathieu Joseph into him as the Senators forward charged to the net 9:43 into the second period. Comrie fell to the ice and grabbed his left leg before shaking off the injury and staying in the game.

At the 12:36 mark, however, Comrie departed the ice and was replaced by veteran Craig Anderson.

Dahlin told reporters following the game he apologized to Comrie for the hit.

The Sabres will likely summon goalie Ukko-Pekka Luukkonen from the Rochester Americans to replace Comrie, who has started 11 of the Sabres’ 17 games this season.

Anderson, 41, has slid into a backup role this season, playing about once a week. So Luukkonen, a prospect labeled as the Sabres’ goalie of the future, could earn most of the action while Comrie recovers.

Luukkonen, 23, has compiled a 6-3-0 mark with a 3.07 goals-against average and an .898 save percentage in nine games with the Amerks this season. The Finn has played 13 NHL contests.

The Sabres have today off and don’t play again until Saturday in Toronto against the Maple Leafs.

In other news, Granato did not have an update on winger Zemgus Girgensons, who left the game with an undisclosed injury.