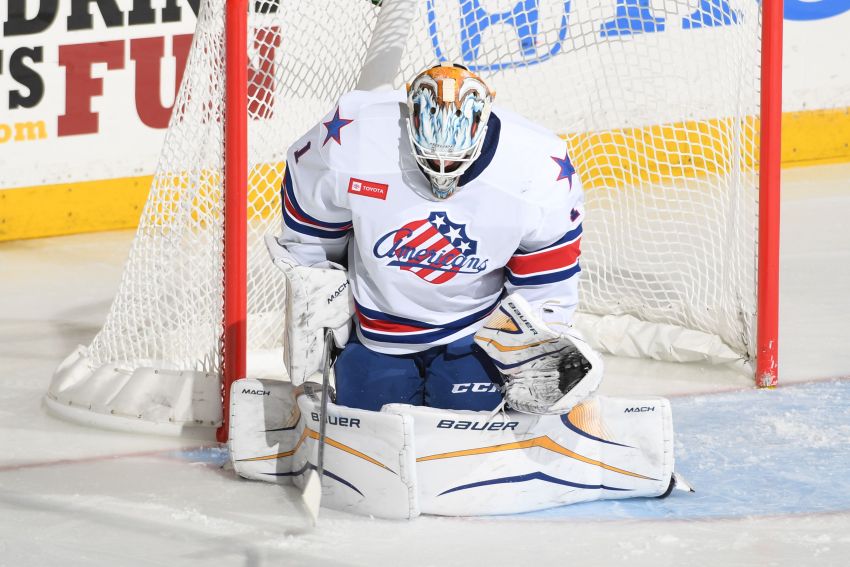 The Buffalo Sabres on Thursday recalled goalie Ukko-Pekka Luukkonen from the Rochester Americans to replace Eric Comrie, who suffered a lower-body injury in Wednesday’s 4-1 loss to the Ottawa Senators.

Coach Don Granato told reporters in Ottawa following the Sabres’ seventh straight loss Comrie, 27, will “be out for a little bit.” The Sabres did not practice on Thursday, so he hasn’t offered a fresh update on Comrie.

Luukkonen, a prospect labeled as the Sabres’ goalie of the future, has compiled a 6-3-0 record with a 3.07 goals-against average and an .898 save percentage in nine AHL games this season.

With veteran Craig Anderson, 41, having assumed a backup role this season, the 6-foot-5, 217-pound Luukkonen might earn regular action during his recall.

Comrie was injured when Sabres defenseman Rasmus Dahlin checked Mathieu Joseph into him as the Senators forward charged to the net 9:43 into the second period. Comrie fell to the ice and grabbed his left leg before shaking off the injury and staying in the game.

At the 12:36 mark, however, Comrie departed the ice and was replaced by Anderson.

The Sabres are scheduled to practice today in Buffalo before traveling to Toronto for Saturday’s game against the Maple Leafs.