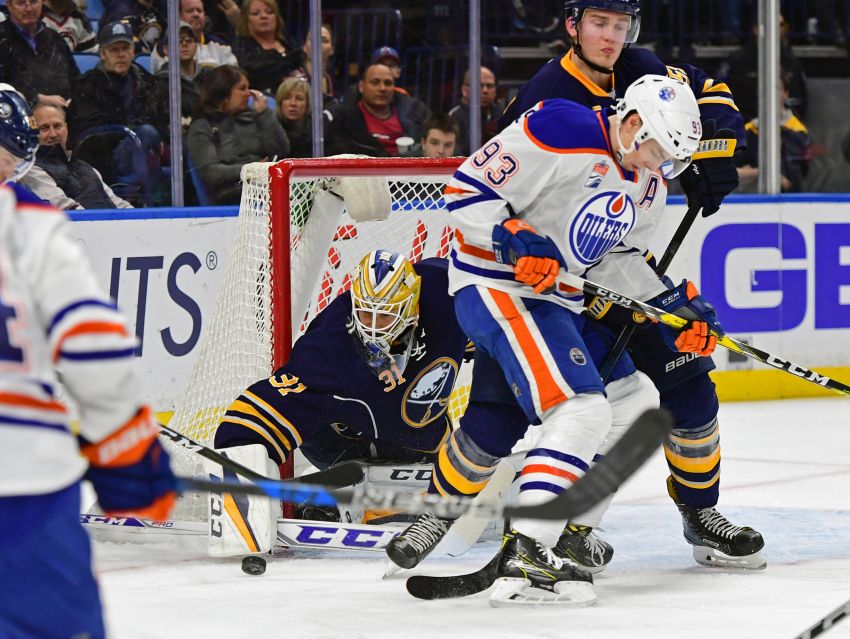 Consider the statistics Nilsson, who will start tonight against the Detroit Red Wings, has accumulated in 17 games: on the road, he’s just 2-5-3 with a 3.11 goals-against average and a .905 save percentage in nine outings. At KeyBank Center, however, he’s 5-1-1 with a 1.84 and a .947 in seven contests.

Nilsson just battled the flu for two days, so the Sabres will send goalie Linus Ullmark, who they recalled from the Rochester Americans on Thursday, back to the AHL, Bylsma said. The Sabres also play Saturday in Montreal.

In other news, winger Tyler Ennis will play tonight after resting his groin Tuesday. Ennis returned from a 30-game absence Monday afternoon, scoring 19 seconds into the 4-1 win against Dallas. Ennis will be back on the left beside center Ryan O’Reilly and Kyle Okposo, Bylsma said.

To make room for Ennis, winger Nick Deslauriers will be scratched for the second time in three games.

– The Sabres, who have only 43 points, fell back into last place in the Eastern Conference on Thursday night.

“I don’t think I even realized it until my wife told me the other day,” Moulson said.

– Former Sabres winger Thomas Vanek, now the Red Wings’ leading scorer, has 12 goals and 31 points in 34 games. The Austrian has five goals and 10 points in the last seven contests.