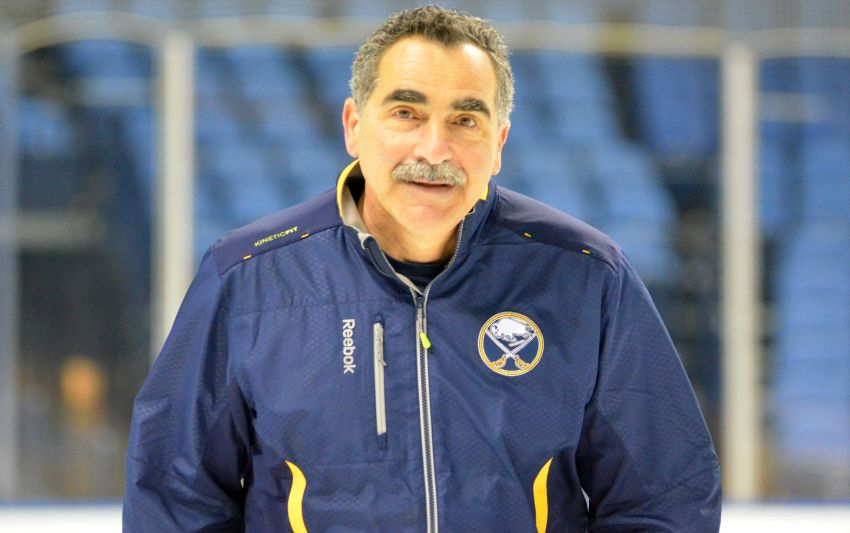 BUFFALO – The Sabres have fired or reassigned all of the assistant coaches Ted Nolan inherited from the previous regime.

Jim Corsi, the team’s popular goalie coach since 1998, is gone, the club announced today. So is Teppo Numminen, whose contract wasn’t renewed after three seasons. Joe Sacco and Jerry Forton have been offered new jobs within the organization’s hockey department after just one season with the team.

Nolan replaced Ron Rolston on an interim basis Nov. 13 before signing a three-year contract extension March 31. He said Tuesday he “had some discussions the last couple weeks” with general manager Tim Murray about the staff.

Who could the Sabres hire?

Nolan has spoken highly of former NHL goalie Arturs Irbe, one of his assistants with the Latvian national team. The Sabres also have former Rochester coach Randy Cunneyworth working with the Americans as a special assistant and player development coach.

The affable Corsi helped his goalies win three Vezina Trophies – Dominik Hasek in 1998-99 and 2000-01 and Ryan Miller in 2009-10 – and invented the “Corsi” stat, a shot different that has been gaining popularity the last few years.

Despite all their struggles as a team, the six goalies the Sabres used this season posted a combined .918 save percentage.

Numminen, who always seems to be smiling, played the final four of his 20 seasons as an NHL defenseman with the Sabres. Rolston moved him from the press box to behind the bench this season.

Nolan appeared to lean heavily on Sacco, who coached Colorado for four seasons, for strategy.

Forton, a Buffalo native, joined the Sabres after a long run as an NCAA assistant.

The team also announced an ECHL affiliation agreement with the Elmira Jackals today. The Sabres haven’t had a regular affiliate below the AHL Amerks.