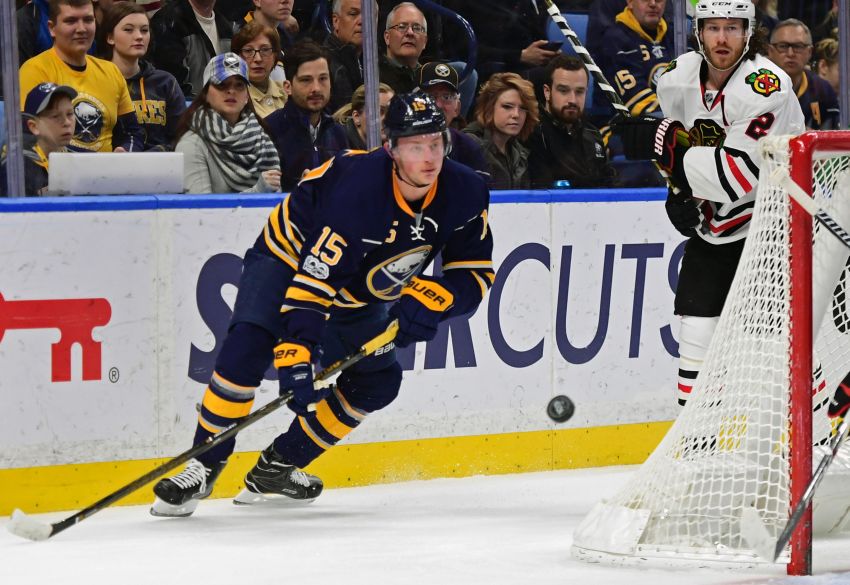 BUFFALO – Jack Eichel looked like he would’ve rather been anywhere else. The Sabres center was restless throughout his six-minute chat with the media Monday, mostly giving terse statements and looking around as he stood at a podium.

“We got to win instead of lose,” Eichel said curtly.

Eichel isn’t used to losing. Many youngsters of his stature – the 2015 second overall pick was one of the biggest prospects in recent memory – grow up competing for championships. They don’t face much adversity until they reach the NHL.

In his only NCAA campaign, Eichel played for a national title with Boston University. So his first two NHL seasons, while successful from a personal standpoint, have been rough team-wise.

“Season’s over, that’s what you’re thinking about,” the Sabres’ leading scorer said.

Eichel clearly detests losing, something he doesn’t believe has rubbed off on all his teammates.

Eichel enjoyed a successful campaign, compiling 24 goals and 57 points in only 61 games. Remember, a high ankle sprain sidelined him the first 21 contests.

“The last six games I’d definitely like to have back,” he said. “It’s tough to swallow those.”

When a reporter pointed out he was almost a point-a-game player, he replied, “I wasn’t, though.”

“I haven’t scratched the surface of where I can be,” he said. “I played pretty good at times.”

Maybe Eichel was angry about something else in addition to the Sabres’ rough season. When Edmonton’s Leon Draisaitl recorded two points Sunday, it knocked Eichel into 11th place in points per game in the NHL.

According to capfriendly.com, Eichel would’ve received a $2 million bonus for finishing in the top 10. He missed by 0.01.

But the sting of losing money is probably less than losing games. Eichel’s cognizant his actions and words matter. He said he tried to take greater ownership of the Sabres in his second season.

“More than anything, to be a leader on a team, to be a leader in sports or business or whatever you’re doing, you have to perform,” he said. “If you’re not performing, who’s going to follow you?”

Sabres coach Dan Bylsma had no update on winger Kyle Okposo, who was released from the Neuro Surgical ICU at Buffalo General Hospital on Friday, according to WIVB.

Eichel said he hasn’t decided if he will represent Team USA. Winger Evander Kane said injuries will keep him from playing for Canada.

The Sabres sent winger Alexander Nylander, center Evan Rodrigues and goalie Linus Ullmark back to the Rochester Americans on Monday.