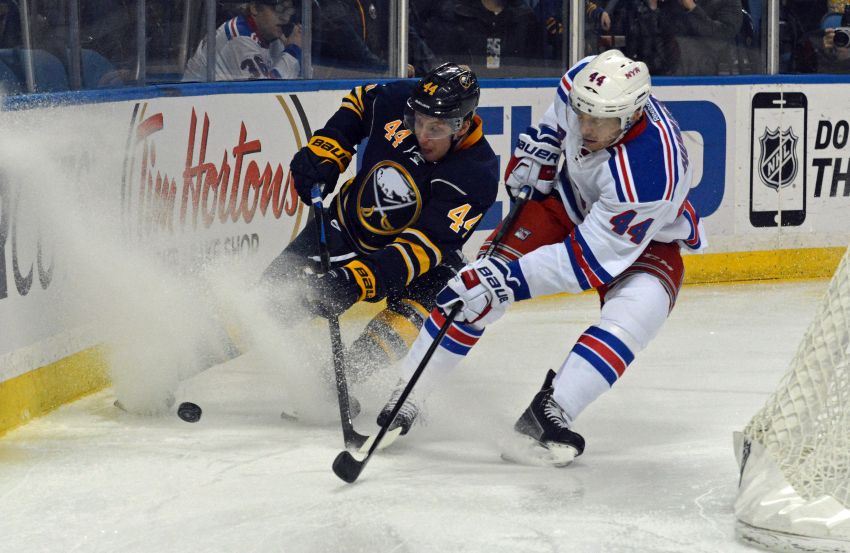 BUFFALO – Before the Sabres started their first post-NHL All-Star break practice this afternoon inside HarborCenter, coach Dan Bylsma wanted his team to scrimmage. But instead of using five on a side, he had the entire team go out and threw two pucks on the ice.

He also instructed players to use their opposite hands, so lefties shot righty and vice versa.

Eventually, the Sabres, who haven’t played in six days, got going and had an up-tempo practice for about an hour.

The Sabres could have close to a full crew when they resume play Wednesday in Montreal.

Gorges, out five of the last six games with an upper-body injury, practiced fully and should be able to play, Bylsma said. Ditto for winger Nick Deslauriers, who has missed the last 11 games with a lower-body injury.