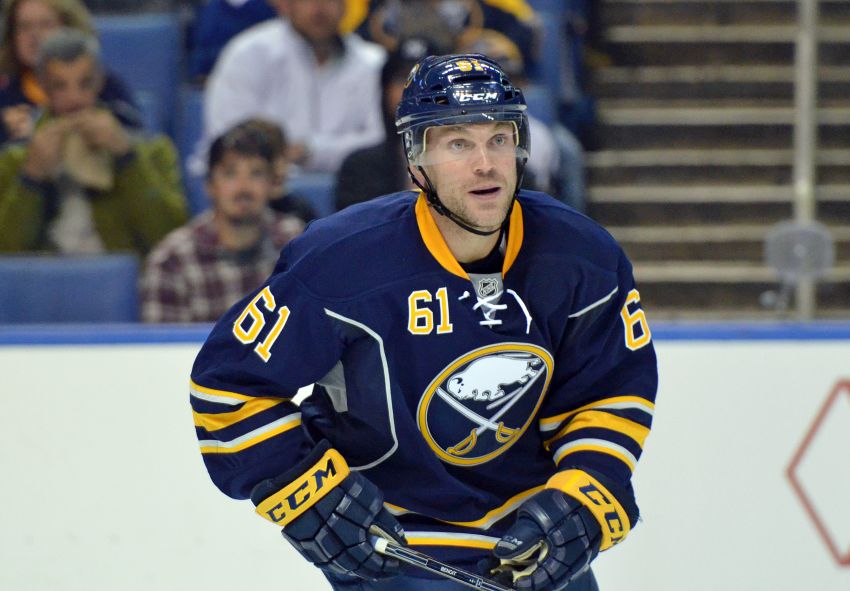 BUFFALO – Twenty-two games into the season, the Sabres’ weak and often sloppy defense corps has combined for two goals, 20 points and a minus-41 rating entering tonight’s game against the Montreal Canadiens.

As evidenced by the Sabres’ recent three-game winning streak, a stretch in which they allowed only four goals, the defense has looked much better – sturdier, you might say – during some contests this month.

Still, it’s a mistake-prone group. And with little or no depth on the blue line, an injury or two can wreak havoc. Wednesday’s 2-1 loss to Winnipeg proved that.

Benoit, however, probably played better than defenseman Andrej Meszaros, who endured a brutal night. Late in the first period, when the Slovak couldn’t keep the puck in the Buffalo zone at the point, the Jets’ Jim Slater blew by him to create a short-handed breakaway.

Late in the second period, after the Jets’ Adam Lowry hit Patrick Kaleta face-first into the boards, Meszaros, the closest player to Lowry, watched before meekly cross-checking him.

Following the game, Meszaros, who said he laid off so the Sabres could keep their power play, regretted his feeble response.

“If I had to do it over, I probably would’ve jumped him more, probably would get two minutes or something, but I decided to not go that much harder on him,” he said inside the First Niagara Center. “But maybe I should’ve.”

Meszaros, a healthy scratch six times already, is only playing because Josh Gorges injured his knee earlier this month.

How much longer can Nolan keep playing Benoit, a team-worst minus-13 with zero points, and Meszaros?

Nolan grew agitated when a reporter asked about the two following the game.

Wouldn’t someone from Rochester be a better option?

“We’ll have discussions about that, I guess,” Nolan said.

Hours later, Nolan said no moves would be made Thursday.

Despite some struggles against the Jets, Nolan has liked the defense’s play recently.

“I’m a glass-is-half-full type of guy, and you look at the resurgence of Ristolainen, and (Wednesday’s) game, I thought he was really, really good,” Nolan said Thursday. “You look at Nikita and how he’s coming, sometimes it overrides the flaws of some people. So we have to make sure the people that make those mistakes don’t make them again.”

What are those mistakes?

“It’s mental lapses,” Nolan said. “You can’t (make them). You’re a seasoned professional athlete. You could maybe justify it when you’re younger and have experience. But when you’re older and have more experience, those things should be very fewer and far between, if any. But with us, it seems to be a little bit more than not.”

Gorges, who’s close to returning, believes trusting the system and teammates will help the defense improve.

“I think at times there’s too big of a gap between our D-men and our forwards, and we’re allowing way too much room,” he said. “We’re allowing players to come and skate the puck in our zone uncontested, and then when they get the pucks in our end, we’re not closing quick. We’re real hesitant.”

Gorges traces the hesitancy to confidence.

“I think when you’re confident in what you’re doing and what the team’s doing, you just react, you play the right way and things come natural,” he said. “When you’re a little bit unsure, a little bit hesitant, you tend to back off and play safe, and one thing I noticed, you play safe in this league, you’re in trouble.

“Players are too good. If you’re going to give them room, at least make them make a tough play and make a hard play, and that’s something we’ve got to focus on as a group.”