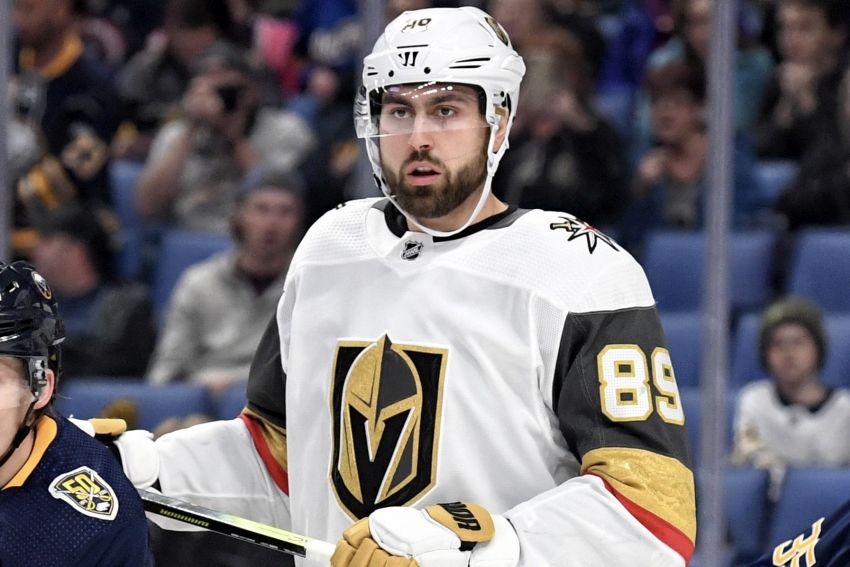 Tuch, who underwent offseason shoulder surgery while a member of the Vegas Golden Knights, started practicing in a non-contact role Nov. 29.

“He is close,” Granato said following Wednesday’s practice. “He’s going to go through a couple days of contact and we’ll get a better picture of strength, response. It won’t be within the next five days (he returns), but it could be soon after that.”

Granato said now that Tuch, 25, has clearance, he must ramp up and “get in more physical game shape.”

“So that’ll kind of be the gauge as to when we feel he’s ready to go in and he feels comfortable going in,” he said.

The Sabres acquired Tuch, a Baldwinsville native, Nov. 4 in the Jack Eichel trade. Tuch has compiled 61 goals and 139 points in 255 career NHL games.

In other injury news, Granato said defenseman Robert Hagg, who left Tuesday’s 4-2 road win over the Winnipeg Jets after the second period, has returned to Buffalo for imaging.

Hagg, who recently sat out three games with an undisclosed injury, will miss the final two games of the Sabres’ road trip.

“We’ll wait for the doctors to let us know where he’s at,” Hagg said. “But he was sore after the game.”

Granato said the Sabres will likely recall another defenseman.

He also said goalies Ukko-Pekka Luukkonen and Malcolm Subban will split the Sabres’ next two games. They play the Minnesota Wild on Thursday and the Pittsburgh Penguins on Friday.

Luukkonen has started four straight contests, compiling a 1-2-1 record with a 1.99 goals-against average and a. 939 save percentage. The Finn made 34 stops in Tuesday’s victory.

“Upy is on a pretty good roll and that’s going to factor in,” Granato said.