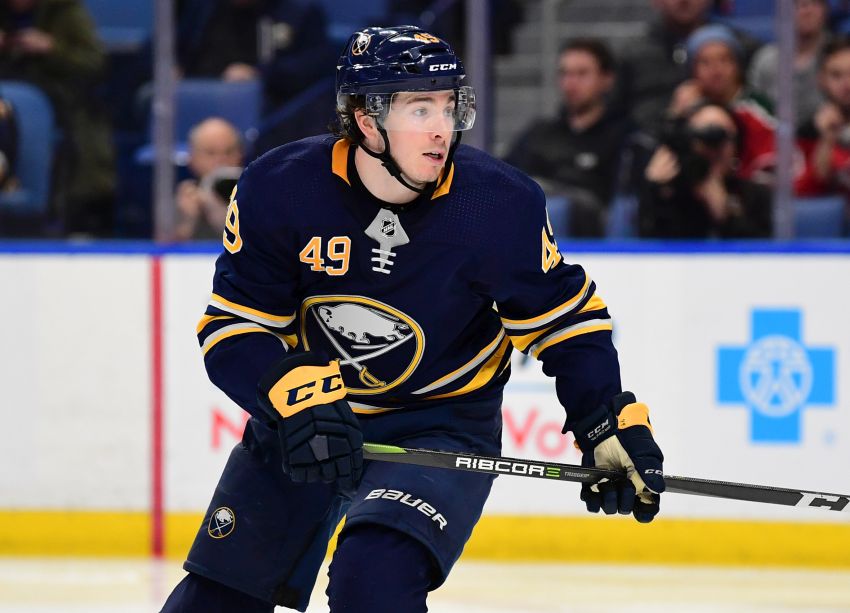 BUFFALO – Sooner or later, coach Phil Housley had to make some significant changes, right? The Sabres have fallen from first overall to three points out of a playoff spot.

Having compiled an awful 8-14-4 mark in their last 26 games, their marathon slump has surpassed the two-month mark. In their last 10 outings, they’re 3-7.

In recent games, the Sabres have shown little interest in playing defense and struggled to score goals. Their power play has also provided little or nothing.

So this morning inside HarborCenter, three days after an embarrassing 7-3 home loss to the Chicago Blackhawks, Housley overhauled everything, changing his forward lines, defense pairs and power-play units.

“We’re 3-7 in our last 10, No. 1,” Housley said inside KeyBank Center. “We tried different combinations within the last 10 games, 15 games. I’m trying to find a balance, maybe a spark, continuity within the lines. Those are all subject to change.”

Most notably, Housley broke up NHL All-Stars Jack Eichel and Jeff Skinner, one of the league’s premier center-wing duos much of the season.

The rest of the lines and D-pairs from left to right:

“I don’t think you really expect stuff like that,” Okposo said of the changes. “It just happens and you just roll with it. I’ve been around long enough to see stuff like that.”

The last time Housley made such drastic changes to the Sabres, Oct. 19 in Los Angeles, they went on a five-week tear, starting with a 5-1 win against the Kings the next day.

“Everybody had a role, an identity,” Housley said. “But in saying that, I think we were playing the game the right way back then, making good puck decisions, managing our game, our checking detail was really solid, and we got to get back to that.

The Sabres recalled Smith, who has compiled 18 goals and 41 points in 41 games AHL games this season, after sending winger Remi Elie down Sunday.

Smith certainly did not pout after Sabres sent him down last month following a four-game look. He scored a hat trick in his first contest back and recorded at least one point in seven of the eight games he played.

Check back later for more on the changes and Smith.