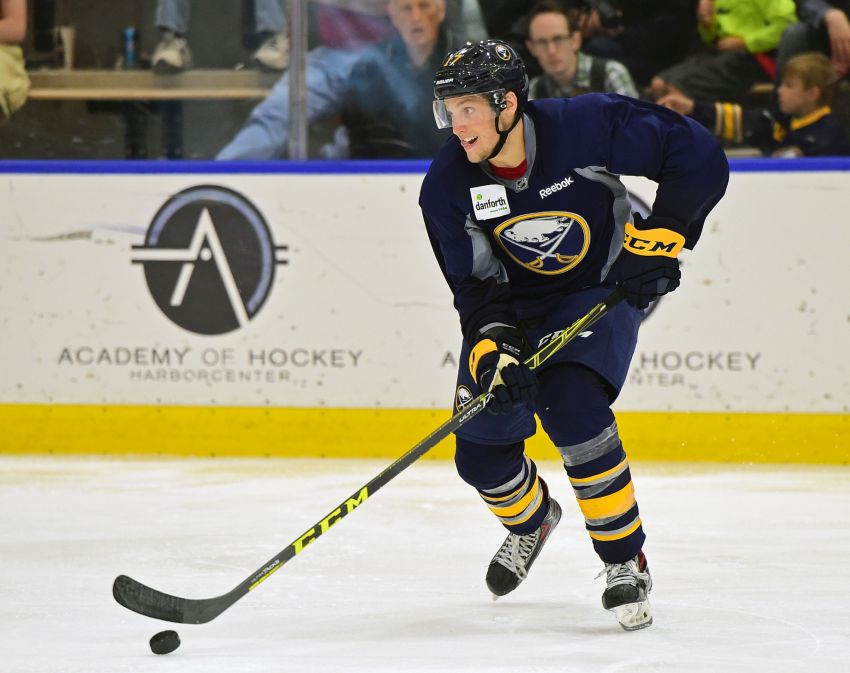 Judd Peterson had a goal and an assist in Saturday’s scrimmage. ©2016, Dan Hickling, Olean Times Herald