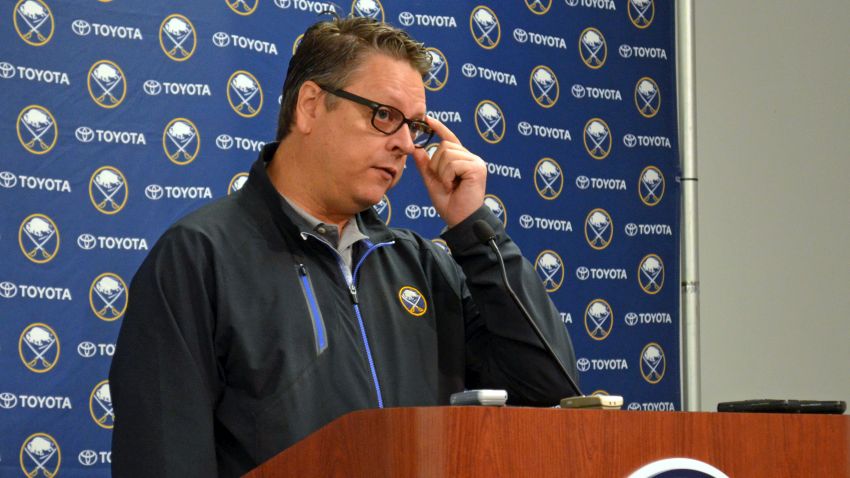 The hometown crowd inside the First Niagara Center responded by roaring in approval.

To NHL Central Scouting Dave Gregory, the Swede “might be the most skilled guy in this draft.”

“He’s a pure-skilled guy that thinks the game so well, creative thinker to make opportunities happen,” he said earlier this week. “He’s like a pure offensive instincts guy. He’s going to score one way or another.”

Some quick quotes from a happy Nylander:

On hearing his name called:

“It was an unbelievable moment, best moment of my life, big dream come true.”

On facing his brother, who was picked eighth in 2014, with the hated Leafs, the Sabres’ biggest rival:

“It’s going to be a lot of fun playing against my brother. I think the rivalry is big.”

On joining the Sabres:

“It’s perfect. A lot of young players, it’s a really young team. They’re trying to build it up now. They’re going to be a very good.”

“It’s great. I was at the combine, enjoyed every day of it there. I had a couple (days), went sightseeing here. I love Buffalo. It’s a very good city.”

On wanting to play in the NHL next season:

“I’m trying to work on my strength, get bigger next year, stronger. And, of course, the goal is to make the NHL next year.”